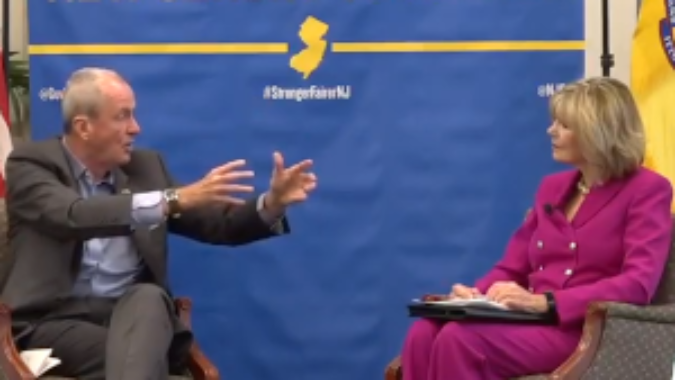 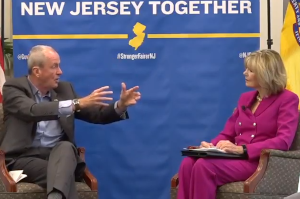 In Gov. Phil Murphy’s view, the economic policies in place when he took office were for a bygone era, relying too heavily on tax credits and not doing enough about the things businesses in the 21st century care about and that New Jersey could provide—education, transportation, and innovation.At an event at Rowan University to review progress on economic policy, Murphy said he has focused on attracting the high-growth, high-wage businesses that value education and talent. That means the administration is focusing on tech, life sciences, advanced manufacturing, film, TV and digital communication and some other sectors. “That’s where the jobs are,” Murphy said. “That’s where the wage growth is. That’s what we want to chase. And it’s a natural for us.”

He also announced some new initiatives, including a plan for the Economic Development Authority (EDA) and NJ TRANSIT to work together on a plan to completely modernize the state’s largest and busiest transit stations.

NJBIA welcomed the focus on economic development policy, but also encouraged the governor to pay more attention to costs and emphasized the importance of having a formal set of financial incentives for economic development. New Jersey has been without a broad-based economic incentive program since Grow NJ and the Economic Redevelopment and Growth programs both expired over the summer.

“NJBIA appreciates the administration’s efforts to review and improve the state’s economic incentive programs, which includes a prioritization of venture capital investment, and its support for education and workforce development,” NJBIA President and CEO Michele Siekerka said after the event. “But we still need our state’s economic plan to be seen through the lens of regional competitiveness and affordability.

“If we don’t address affordability, we run the risk of not receiving the full benefits of our high-performing education system if our future workforce leaves because they can’t afford to live here,” she said.

Murphy contends that a good education system is a tremendous economic incentive for business. Businesses looking to locate a facility, he said, want to know what the higher education system is like and what kind of research is being done in the area that could benefit them. That is what drove success in places like Silicon Valley in California and the research corridor in Boston. Similarly, businesses want to know their employees’ families will have the opportunity for a quality K-12 education if they locate here, Murphy said.

The governor spoke proudly of New Jersey’s recent rating of having the best K-12 education system in the country, with test scores showing the state’s high school students are tops in physics and foreign languages and second in chemistry.

He also  maintained that New Jersey’s cost of doing business isn’t as important as the value of what businesses get for those costs. The businesses that New Jersey is trying to attract want to see progressive policies that take care of employees, he said. New Jersey’s minimum wage law, rather than being a negative for businesses, will pump money back into the economy and provide employers with a stronger, more confident workforce.

That’s not to say that incentives aren’t important. In Murphy’s view, they are an important tool, but still only one of the mechanisms  at the state’s disposal. He has proposed a new generation of incentives focusing on developing new innovation companies, and using the state’s brownfields and historic building programs to attract different types of business.

In general, Murphy said he developed economic policies to focus on what the state can really offer businesses. New Jersey is not going to be a low-cost, low-tax state, so its economic policies should focus elsewhere.

“I think you have to look in the mirror and be very cold-blooded about who you are,” Murphy said, “whether you’re an individual looking for a job or applying to college, or a company trying to figure out  where you want to locate, and certainly if you’re a state.

“I wish we could make cars again in New Jersey,” Murphy said. “I’m not giving up on it, but I’m not putting a lot of money on it either. We’re probably not going to compete making cars and airplanes with Alabama, or Georgia, or Tennessee or South Carolina.”

Turns out, though, that New Jersey is very competitive at making movies and TV shows. The governor said Hollywood filmmakers like New Jersey because it offers various settings in both urban and rural areas in a relatively small space. Hollywood also likes the fact that New Jersey is pro-organized labor, since the TV and film industries are big organized-labor industries, he said.

He proposed expanding the film, TV and digital media tax credits so that they can last longer to accommodate TV shows that can run for years, and to raise the cap.