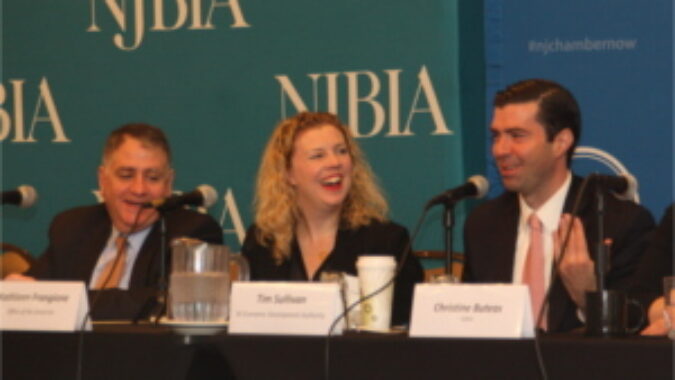 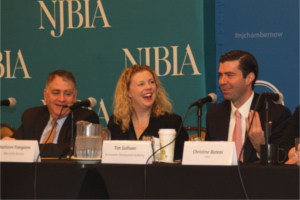 Given his background as a top executive at the investment bank Goldman Sachs, it’s no surprise that Gov. Phil Murphy would look at his administration’s economic priorities in terms of investments. Chief of Staff Peter Cammarano certainly did at a Meet the Decision Makers event Nov. 9, where he described the principles of the Murphy administration as investing in talent, investing in communities, investing in innovation, and investing in government efficiency.

Cammarano was joined by Chief Policy Advisor Kathleen Frangione and Economic Development Authority CEO Tim Sullivan to discuss the administration’s economic policies with about 100 business leaders. And almost all of them fell under one of those four investment categories.

The administration’s apprenticeship initiatives, for instance, are an example of investing in talent.

Murphy launched the Apprenticeship Network earlier this year to help businesses coordinate with both K-12 schools and higher education institutions to establish more apprenticeship programs. Frangione said when it comes to the labor shortage, the most immediate need is making sure students have the skills needed to enter the workforce.

“When we look at where the gaps are, it really is in that kind of middle-skill workforce, and we see apprenticeships are a real valuable tool for closing them,” she said.

The administration is also re-targeting its economic development incentives to focus on what Sullivan called high-growth, high-wage industries—life sciences, technology, advanced manufacturing, logistics and others. This would fall under investments in innovation.

The goal is to create jobs that will pay enough to support a middle-class lifestyle and keep New Jersey “on its front foot when it comes to the competitiveness factor.”

He said New Jersey has actually been in negative numbers when it comes to median wage growth.

“If you stop 100 people on the street in New Jersey and ask them how they’re doing, how the economy is treating them, more than half of them are going to tell you that they’re taking home less pay than they were 10 years ago,” Sullivan said. “That is a big problem.”

When it comes to big problems, few can top the difficulties New Jersey Transit is having. The agency has been plagued with train delays and cancellations, which have wreaked havoc on the daily commute.

“What we hear most when we meet with business leaders and CEOs of companies is, ‘that’s great, but my employees can’t get to work; they can’t get home in time, and they’re not happy,’” Cammarano said. “It is probably businesses’ biggest priority right now.”