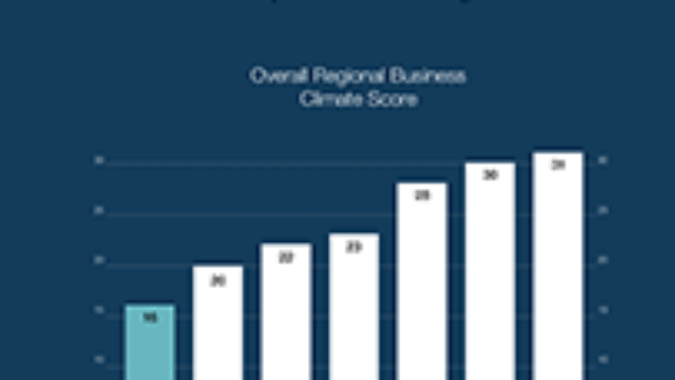 The graphic can be found here. 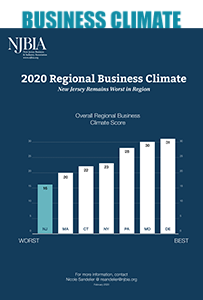 “Once again, New Jersey is dead last on overall regional competitiveness and affordability,” said NJBIA President & CEO Michele N. Siekerka, Esq. “The only way for New Jersey to turn this situation around is with comprehensive reforms that are long-term and sustainable, not more tax increases and short-term fixes that only get the state through the next one-year budget cycle or two-year election cycle.

“It’s our hope that Tuesday’s budget address starts addressing some of these issues.”

Compared to the six other states, New Jersey had the highest top income tax rate (10.75%), top corporate tax (10.5%), state sales tax (6.625%) and property taxes paid as a percentage of income (5.05%).  This is on top of New Jersey’s onerous regulatory climate and challenges in supporting an innovation ecosystem seen in some other regional states.

Last week, Senate President Steve Sweeney announced a proposal to not sunset a corporate business tax hike that was to end in 2022. The current top corporate tax rate is the second highest in the nation.

“New Jersey needs a more competitive economy, not just for the businesses operating here and their executives, but for the middle-income employees who depend on these businesses for their livelihood.”

Siekerka noted some special interest groups are already lobbying for a budget that increases and reinstates several different taxes in order to fund $3.1 billion in additional state spending in the FY 2021 year that begins on July 1 — even though state tax revenues are currently running well ahead of projections and 6% above the same seven-month period in the previous fiscal year.

According to NJBIA’s analysis of audited state revenues, expenses and debt found in New Jersey Comprehensive Annual Financial Reports, state revenues increased 23% from 2007-2017, while state expenses have increased 45% and state debt increased 382% during the same period.