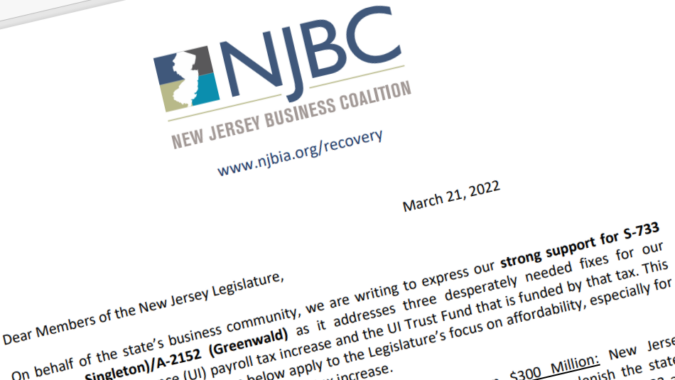 A group of nearly 100 business and trade groups have issued a letter to the state Legislature urging support and approval of a bill that will save employers more than $300 million in unemployment insurance tax increases, while also paying off a federal UI loan to avoid any unnecessary interest payments.

“Additionally, failing to pass this bill would hurt New Jersey’s competitive position relative to other states, as many have already taken actions to address their UI fund and avoid making job creation and retention less affordable.”

New Jersey businesses are currently paying $252 million in added taxes in FY22 to replenish the state’s depleted UI Trust Fund. In FY23, that number will grow by another $296.6 million for a total increase of $548.6 million more than employers paid in UI payroll taxes before the pandemic.

A third-year, $336.4 million UI tax hike in FY24 would be eliminated under the bill by halting the increase in columns that determine payroll tax rates.

Bill S-733, which the Senate Labor Committee passed unanimously earlier this month, also calls for New Jersey to allocate a small portion of federal recovery funds to pay off a federal loan advanced to ensure the state UI fund stayed solvent during the throes of the pandemic. The federal government waived interest on the loan through most of the pandemic, but recently started charging interest again.

“While the business community has advocated for a full replenishment of the UI fund, we recognize the demands for federal funds are far and wide in our state,” the Coalition wrote. “We believe the targeted use of federal funds in this legislation finds a compromise that will provide much needed relief for the business community and support our state’s fiscal health.”

A third provision of the bill requires the state Department of Labor and Workforce Development to provide adequate notification to the Legislature about UI tax increases. Last year, the Labor Department only posted a notice to employers about the change in their UI contribution rates. 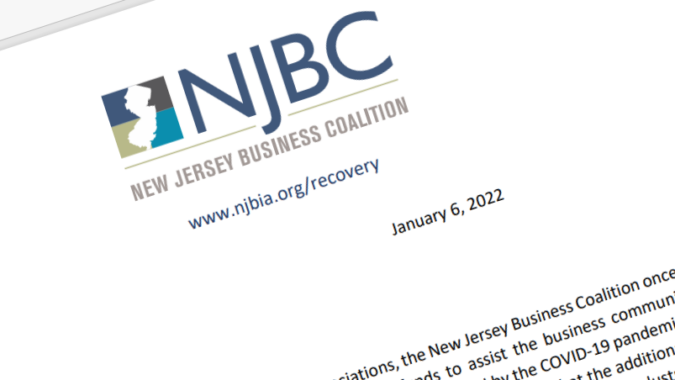