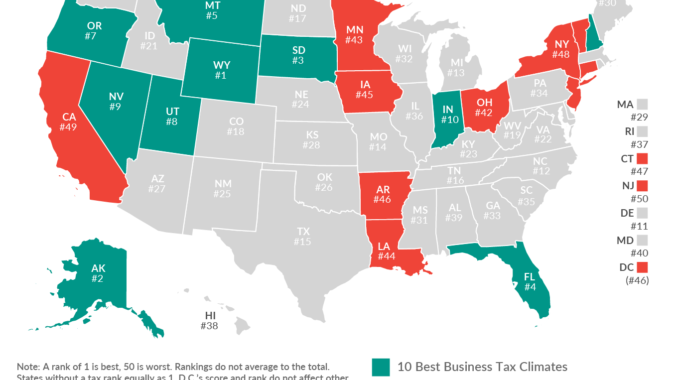 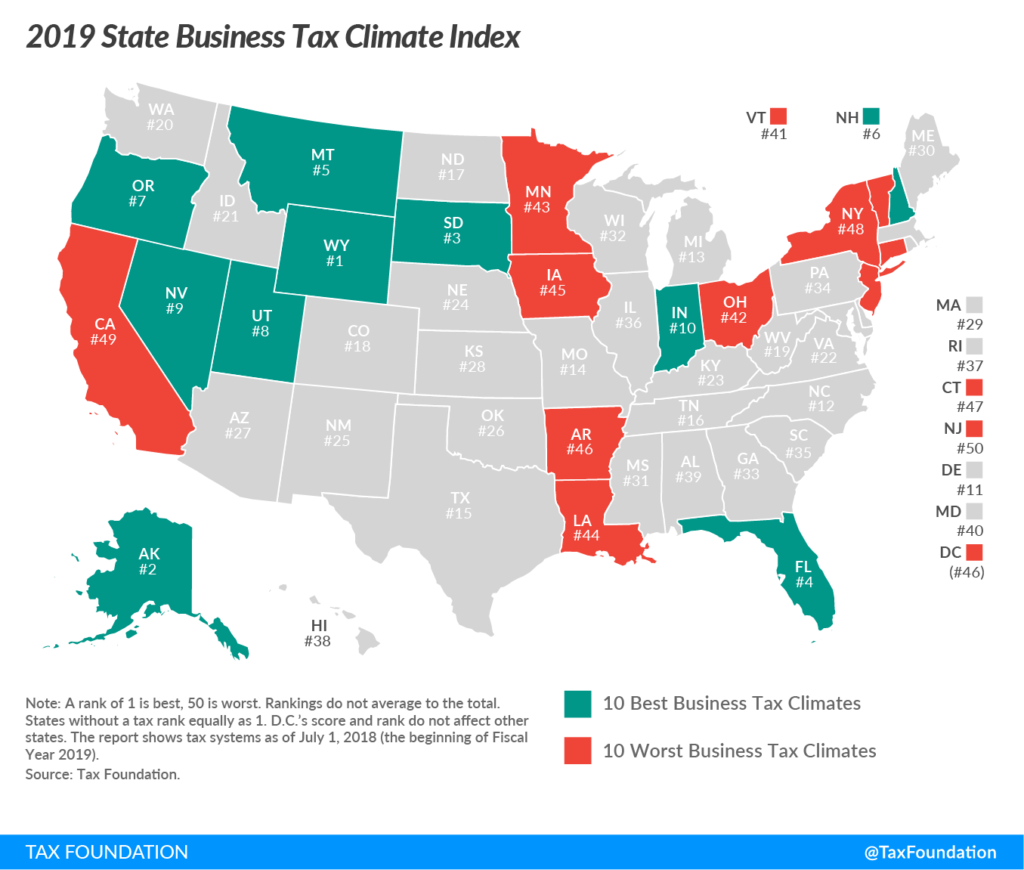 The Tax Foundation today released its 2019 State Business Tax Climate Index, and despite eliminating the estate tax this year, New Jersey is again ranked last. Increases to personal income tax and corporate tax rates this spring were cited as the main negatives.

For the latest report, the Tax Foundation stated:

“ New Jersey completed the phaseout of its estate tax in 2018 and reduced its sales tax rate from 6.875 to 6.625 percent, the culmination of a two-year swap involving higher gas tax rates.

“At the same time, however, lawmakers created a new individual income tax bracket with a rate of 10.75 percent, the third-highest in the country, and added a corporate income tax surcharge on companies with income of $1 million or more, which brings their tax rate to 11.5 percent.

“The sales tax rate reduction improves the state one place on that component, while estate tax repeal drives an improvement from 50th to 48th on the property tax component.

“The state’s individual income tax rank drops from 48th to 50th, and its corporate income tax rank falls from 42nd to 47th with the new rate increases. The state continues to rank worst overall on the Index.”