A New Jersey Perspective on Repealing-Replacing the Affordable Care Act 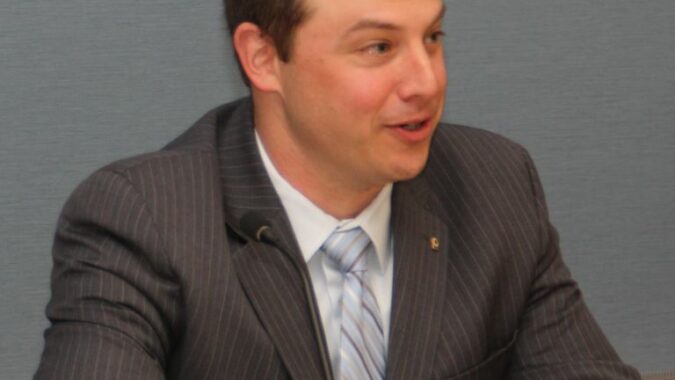 Changing something as large as the Affordable Care Act (ACA) cannot help but be disruptive, at least initially. But what does that mean for New Jersey?

Earlier this month, NJBIA brought together New Jersey experts representing hospitals, insurance companies and small businesses to provide their best analyses of some of the different policy options for repealing the healthcare law and what they would mean for New Jersey. 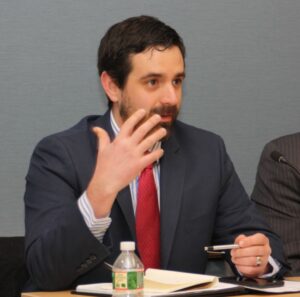 Jeff Brown, policy director of the Hospital Alliance of NJ

That’s a tough task given how little is known about the changes coming out of Washington.  Sarah Jones, director of Government Affairs for Horizon Blue Cross and Blue Shield of New Jersey, said she has been using legislation from the last congressional session as a guide.  The bill, H.R. 3762, was a Republican attempt to reform the ACA but was vetoed by President Barack Obama. (See related story)

Another example of how unsettled things are is the fact that the panel discussion took place the day after Senate confirmation of the new Secretary of Health and Human Services Tom Price.

Before that, President Trump’s executive orders on providing relief from the ACA were largely symbolic because there was no leadership in place to carry them out.  As panelist Jackie Cornell explained, the executive orders put a lot of the authority in the hands of the departments, particularly HHS and Treasury.

“Now that leadership is beginning to be placed and the confirmations are going through, they will start to take action because these individuals have the capacity to make decisions that can hold the line,”said Cornell, who is senior director of Federal Relations and Regulatory Affairs for the NJ Hospital Association. 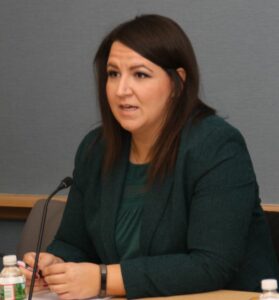 Toby Stark, owner of Stark Associates Insurance and president of the NJ Association of Health Underwriters, advises business owners to act like the ACA will stay in place this year.

“In 2018? We don’t know. Nobody knows yet,” Stark said, “but right now, your health is important today. So get enrolled today if you’re eligible for a premium credit.”

One of the biggest concerns is healthy people will drop their insurance once the individual mandate is no longer being enforced.

“A lot of the people who have called me to enroll in the individual plans were reacting to the possibility of paying a penalty,” Stark said, referring to earlier open enrollment periods. “They were fearful because they didn’t have coverage before and they didn’t want to pay any type of penalty.”

Without the threat of a penalty, healthy people will be inclined to drop coverage in the individual insurance market and save the money they would have spent on premiums. That would leave the insurance pool with a higher percentage of sick people who have more frequent and immediate healthcare needs. 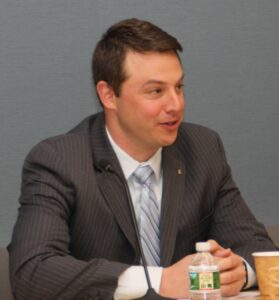 Toby Stark, president of the NJ Assocation of Health Underwriters and owner of Stark Associates Insurance

“As insurance goes, that’s not good from an actuarial standpoint,” Stark said.

The small business market should be more stable, however, but employers could be facing the loss of a key tax deduction for the cost of health insurance.

A number of Republican plans cap the tax benefit for employer-sponsored coverage, said Jeff Brown of the NJ Hospital Alliance. That would limit how much of the cost of an employee’s healthcare plan employers would be able to deduct from their taxable federal income, which would likely cause more employers to drop coverage and push more people into the individual market.

“Do Americans want to move away from the employer sponsored healthcare system? It would be a shock to the system,” Brown said.

More people agree on the idea that the individual market under the ACA needs to be fixed.  Brown noted that some areas of the country have no insurance companies willing to offer individual plans, and even in New Jersey, there are only two.

“There are clearly some issues there that need to be addressed,” Brown said. 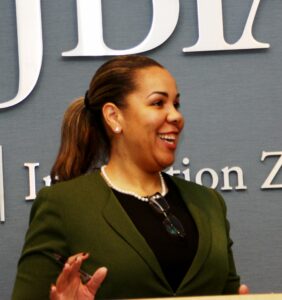 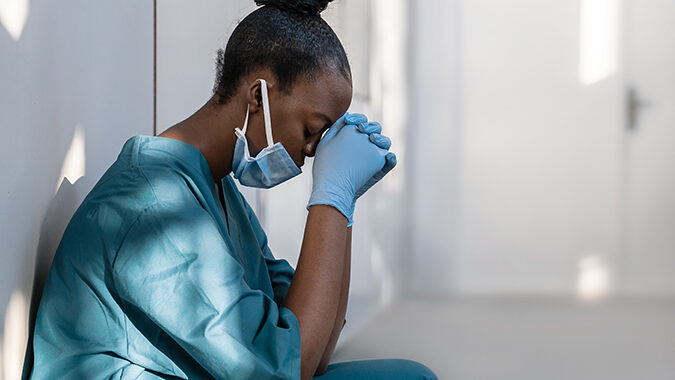