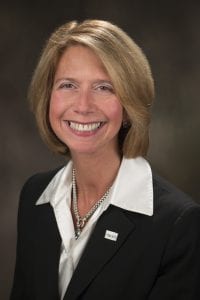 NJBIA President & CEO Michele Siekerka set the record straight today in a radio interview about the value of business tax incentives in a high-tax state like New Jersey, noting the $739 million the state has spent since 2011 has spurred $6 billion in capital investments and created 30,000 jobs.

“That’s why we need tax incentives because this is such a high cost state — it’s the only way to level the playing field,” Siekerka said. “We need to extend the existing programs until we have time to vet what the new programs are going to look like.”

Siekerka also took issue with tax incentive program opponents who incorrectly claim that the state has spent $11 billion since 2011 on these programs administered by the New Jersey Economic Development Authority (EDA). The actual figure, Siekerka said, was $739 million.

“It was $739 million that gave a return on investment of 30,000 new jobs and $6 billion in capital investment,” Siekerka said. “We have not squandered $11 billion. We have made a future promise for companies who meet very rigorous requirements. And those requirements are not just set by the EDA, they are vetted by the Attorney General’s Office before awards are even given.”

Siekerka also made the case for the tax incentive programs in an op-ed published Monday in ROI-NJ, which can be read here.