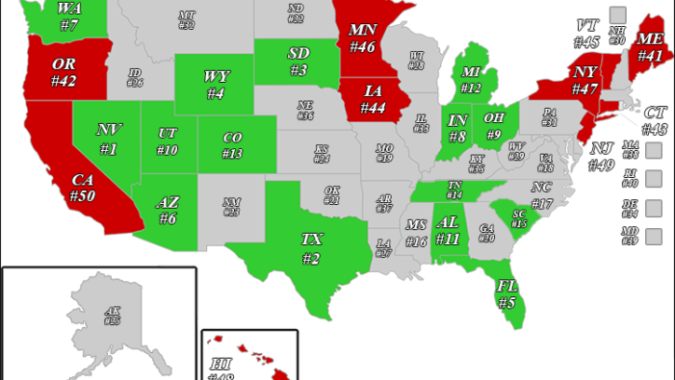 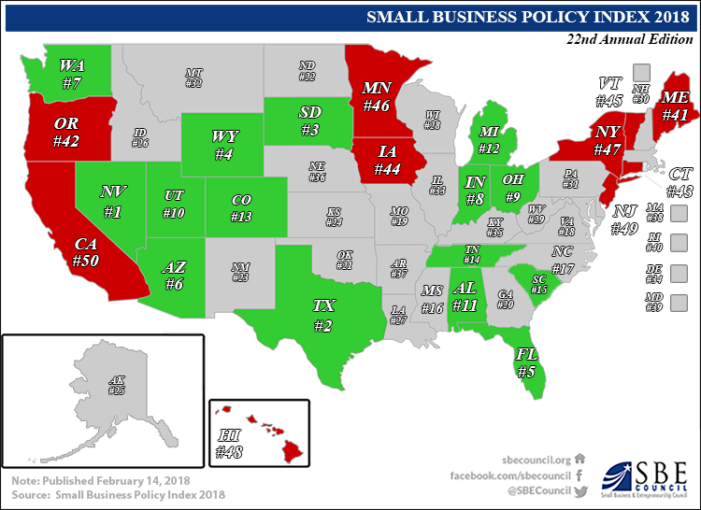 New Jersey policies are again among the worst in the nation for small businesses and entrepreneurship, according to the latest release of the “Small Business Policy Index.”

New Jersey was ranked 49th out of the 50 states, ahead of only California, in government policies favorable to entrepreneurship. Among our regional competitors, New York is 47th; Pennsylvania is ranked 31st; Delaware is 34th; Connecticut, 43rd; Maryland, 39th; and Massachusetts, 38th.

The index, produced by the Small Business & Enterprise Council (SBE), examines the 50 states according to various major government-imposed or government-related costs that directly or indirectly affect entrepreneurship and business, as well as the investment that is so critical to start-up and business growth.

Of the 55 measures included in the 2018 edition of the Index, 27 are taxes or tax-related, 20 relate to rules and regulations, five  deal with government spending and debt issues, with the  remaining three measures gauging the effectiveness of important government undertakings. Most entrepreneurs understand the costs and burdens imposed by government. Taxes and regulations, for example, drain enterprises of vital resources, distort decision-making and incentives, and redirect resources and energies away from maintaining, improving and/or expanding a business.