NJ Salon and Spa Alliance a Cut Above, with an NJBIA Assist 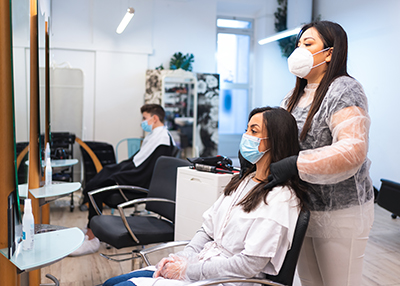 Drastic challenges require drastic response. Which is why Christine Modica, owner of the Stag House salon in Bergen County, formed the New Jersey Salon and Spa Alliance in 2020.

As reported by NJBIZ’s Gabby Saulsbery, Modica felt the need to advocate on behalf of her industry due to the restrictions of the past year. She said the New Jersey Salon and Spa Alliance, representing an industry of 39,000 hairstylists in the state, was in response to laws being “dictated to us.”

“Anytime there’s an [entity] that dictates our laws, there should be an alliance,” Modica said. “When we got shut down that was my first thought. Who is going to stand up for us?”

For assistance, Modica, a long-time NJBIA member, reached out to NJBIA President and CEO Michele Siekerka – who helped bring more spa and salon owners to the group, and helped the group form a best practice document. NJBIA Chief Government Affairs Officer Chrissy Buteas also helped in bringing the alliance’s concerns to the Legislature.

“The NJBIA has given us a bigger voice than anything,” Modica said. “Being able to look at the bills that’ll impact our industry, and we’re actually able to talk to state board and get the answers [on questions we have about rules], to say ‘we understand this, but why this?’

“Sometimes the laws change and nobody bothered to ask what the after effect will be.”