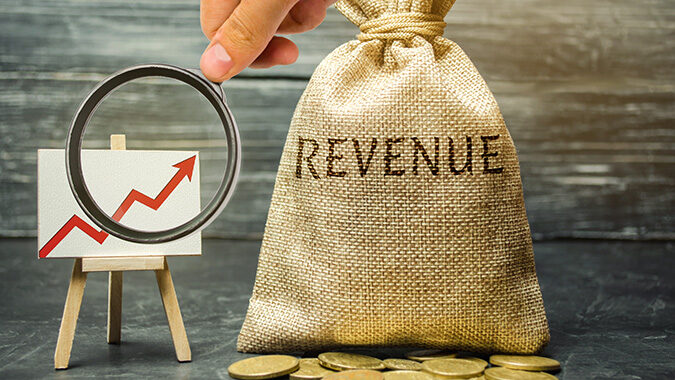 New Jersey’s four major tax revenue collections for January totaled $4.701 billion, up $621.6 million, or 15.2% above last January, according to data released this week by the state Department of Treasury.

This good news on revenues is against a budget that was based on major revenues being down 5.1% from last year, so this positve news is even better than it first appears, according to NJBIA Vice President of Government Affairs Christopher Emigholz.

“The state is in a better cash position than it has been in years, therefore, policymakers should be exploring targeted tax relief to stimulate job growth and attract capital investment to our state,” Emigholz said. “With the highest corporate tax rate in the nation, and property taxes and income taxes that are among the highest in the U.S., New Jersey needs to provide targeted tax relief so that startups can launch here, corporations can grow here, and developers can build here.”

The Corporation Business Tax (CBT), which is the state’s second largest General Fund revenue source, reported collections of $244.3 million in January, an increase of $64.7 million, or 36%. Fiscal year-to-date through January, CBT collections of $2.557 billion are up $585.3 million, or 29.7% above the same period last year. Estimated payments and partnership payments have driven CBT growth so far this fiscal year, partially offset by increased refund payments.

New Jersey’s corporate business tax of 11.5% is the highest in the nation and includes a 2.5% surcharge that remains in effect until Dec. 31, 2023.

January collections for the Gross Income Tax (GIT), which is dedicated to the Property Tax Relief Fund, totaled $2.391 billion, up $202.9 million, or 9.3% above last January. Fiscal year-to-date collections of $9.360 billion are up $1.360 billion, or 17%. Overall GIT growth in the first seven months of FY2022 has been spurred primarily by strong employee withholding collections, which are recovering from weaker levels during the pandemic. Additionally, quarterly estimated tax payments are performing well, and refund levels were down substantially in the summer and fall, returning to normal for this time of year after taxpayer filing deadlines were delayed in 2020.

Treasury noted that GIT growth in the second half of FY 2022 is expected to slow in the spring due to the substantial increase in Pass-Through Business Alternative Income Tax (PT-BAIT) credit claims that are due, as well as several new or expanded tax relief programs enacted with this year’s budget. These include the expanded Earned Income Tax Credit and the Child and Dependent Care Tax Credit, an increase in the amount of retirement income that can be excluded from taxation, and three new college savings income tax deductions.

According to the state Treasury Department, the Sales and Use Tax, the largest General Fund revenue source, reported $1.348 billion, an increase of $187.2 million, or 16.1% in January. Fiscal year-to-date collections of $6.336 billion are up $719.9 million, or 12.8% higher than the same period last year.

According to the nonprofit Tax Foundation, there has been a flurry of tax reform activity in legislative bodies across the nation in 2021 and 2022.