Calling it a celebration of Earth Day, New Jersey Department of Environmental Protection Commissioner Catherine R. McCabe today announced that  New Jersey will invest nearly $45 million to reduce greenhouse gases produced by the transportation sector, thanks to funds from the national Volkswagen settlement. 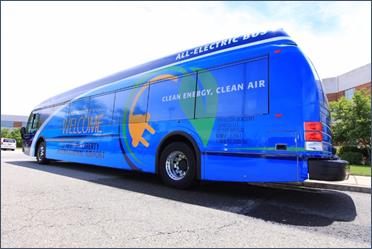 As part of the Murphy Administration’s prioritization of initiatives that reduce greenhouse gas emissions and associated health impacts in communities disproportionally impacted by pollution, the DEP will fund approximately $37.2 million worth of projects converting old diesel trucks, buses, port equipment, marine vessels, and trains to electric power. In addition, the settlement will dedicate an additional $7.6 million for electric vehicle charging infrastructure, including fast chargers, throughout the state.“Together with the RGGI Strategic Funding Plan, this is a historic investment in New Jersey’s communities and environment,” Commissioner McCabe said. “New Jersey’s transportation sector is a major source of both greenhouse gases and pollutants that threaten the health of our residents. This injection of millions of dollars will take New Jersey further toward Governor Murphy’s goal of reaching 100 percent clean energy by 2050, grow the clean energy economy and protect our residents against climate threats.”

The project solicitation released today is available at www.state.nj.us/dep/vw.  Applications are due by June 22, 2020.

The funds invested in electrification upgrades represent the remaining funds from the state’s $72.2 million share of the national Volkswagen settlement. The settlement resulted from federal actions against Volkswagen for installing devices that allowed vehicles it manufactured to emit pollutants without being detected by emissions-testing programs across the nation. Last year, the DEP awarded $24 million in grants to electrify garbage trucks, school buses, NJ TRANSIT buses, and port and airport equipment.

In New Jersey, transportation sector emissions account for 71 percent of nitrogen oxide emissions as well as 42 percent of greenhouse-gas emissions. Nitrogen oxides are a major contributor to smog, which forms when pollutants interact with sunlight and hot temperatures during warmer months to create ground-level ozone molecules.

Ozone is beneficial in the upper atmosphere by shielding harmful rays from the sun but is a health hazard at ground level. Ozone irritates tiny lung sacs, known as alveoli, and can increase asthma attacks in asthmatics and make people more vulnerable to lung diseases such as pneumonia and bronchitis. Long-term exposure to ozone particles can cause lung inflammation, chest pain, coughing, wheezing, sneezing, pulmonary congestion and scarring of lung tissue.