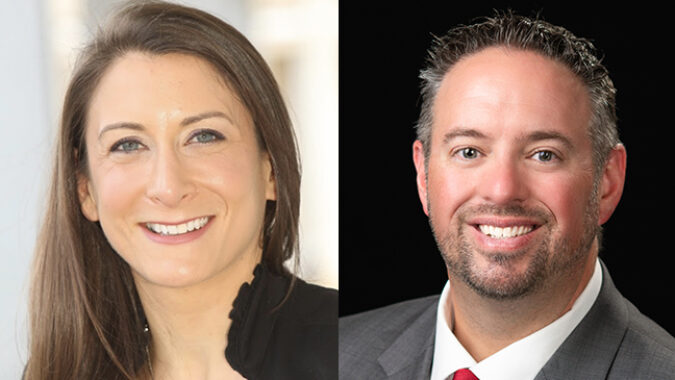 Buteas has accepted a position as vice president of government affairs for Altice USA, the national communications and media company. She will remain with NJBIA through the end of September.

“We are extremely grateful for the leadership, intellect, strategy and passion that Chrissy has brought to NJBIA over the past four years,” said NJBIA President and CEO Michele Siekerka.

“Her tireless efforts have ensured that NJBIA is the strongest voice for business in New Jersey. She will be greatly missed here at NJBIA, but we wish her all the best with her exciting new opportunity, and we very much look forward to working with her in the future.

“I am also thrilled to announce the promotion of Christopher Emigholz as NJBIA’s new Chief Government Affairs Officer,” Siekerka said. “Chris is well known and well respected in Trenton for his knowledge and expertise on economic development and taxation issues in New Jersey. He is a true champion of New Jersey’s business community who will grow into a great leader of our tremendous Government Affairs team.”

He rejoined NJBIA as vice president of Government Affairs in 2019. Most recently, Emigholz was the driving force behind legislation to reduce the $1 billion unemployment insurance tax increase on New Jersey small business and a law enacted by Gov. Phil Murphy this summer that expands teen worker hours.