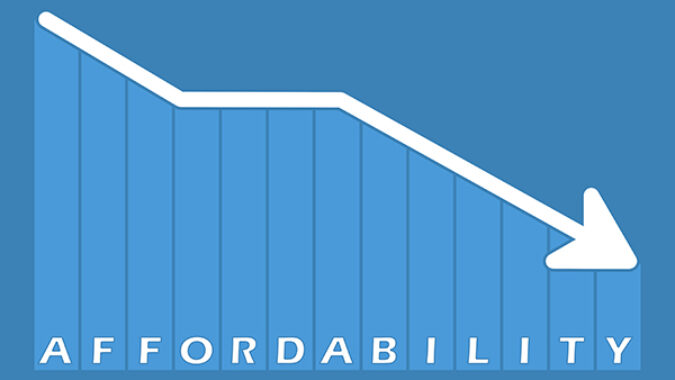 NJBIA and other leading business organizations on Tuesday called on the Legislature to stop advancing anti-business bills during the lame duck legislative session, saying it sabotages New Jersey’s economic recovery from the pandemic and exacerbates the state’s affordability crisis.

New Jersey has lost a third of its small businesses since the COVID-19 outbreak began in 2020, is grappling with an unprecedented labor shortage, the third-highest unemployment rate in U.S., and business, property and income taxes that are among the worst in the nation, NJBIA President & CEO Michele Siekerka said.

Yet during the waning days of the current two-year legislative session, lawmakers are advancing bills that would make it even harder for businesses to stay in operation.

“This is absolutely not the time to put any more burdens on New Jersey’s businesses community and our economy – especially when our residents are calling for affordability,” NJBIA President & CEO Michele Siekerka said. “Our businesses need support and resources right now, not more mandates and increased costs to run their businesses.

“We’re asking the Legislature to redirect their focus and keep the commitment that they made to the electorate shortly after the election night – that they heard they electorate and they were going to respond,” Siekerka said.

Tom Bracken, president & CEO of the New Jersey State Chamber of Commerce, and Eileen Kean, state director of the National Federation of Independent Business (NFIB), joined Siekerka for a news conference that spotlighted anti-business bills now moving in the Legislature. The most controversial one requires labor harmony agreements for owners or tenants in retail distribution centers who have fewer than 20 employees. This bill is “an assault on small Main Street businesses,” they said.

“The unemployment fund should have been addressed,” Kean said, noting that it was government-ordered shutdowns of businesses early in the pandemic that led to the widespread layoffs that drained the state’s unemployment trust fund. “And now, after promises were made that businesses would not take a hit because the government closed them down … their unemployment rates are going to go sky high to replenish that fund,” Kean said.

Bracken said the recent passage of the federal infrastructure bill, which will provide New Jersey billions of dollars for construction projects, should be an opportunity for New Jersey to kickstart its economy in the months ahead, but that will be undone by the continued “reckless passage of ill-advised bills that are going through the lame duck session right now.”

Siekerka noted that two-thirds of small business owners told NJBIA in its recent 2022 Business Outlook Survey that they are unsure how much longer they can stay open, or plan to exit sooner than they had previously anticipated. Some of the bills now moving quickly through the Legislature will only make the state’s business climate worse, she said.

A-4630-S577: Requires New Jersey and other public entities to include labor harmony agreements as part of any pact they enter with retail and distribution center projects. This bill was conditionally vetoed by Gov. Phil Murphy and is now back before the Assembly. The governor has recommended the minimum employee threshold for retail establishments be increased from 10 employees to 20, but even with this proposed change, the legislation would raise costs for owners and tenants and discourage others from pursuing such projects.

“It will kill Main Street,” Siekerka said, especially in urban areas where state funds are used to subsidize economic development projects. “Think about a salon of 20 employees being required as part of their lease to have a labor harmony agreement.”

A-5720/S-3667: Codifies energy goals related to 2019 Energy Master Plan without any cost analysis, including how a ban on the use of natural gas will impact utility bills for homes and businesses. This legislation was recently advanced by two separate Assembly committees in the span of a month during the lame duck session.

S-4214: Requires the state’s independent ratepayer advocate, whose job it is to look at costs to the utility customers, to also consider environmental impacts when representing the public’s interest in rate cases and appeals. This bill, which is scheduled to be heard by a Senate committee next week, prevents the ratepayer advocate from doing its job effectively.

A-1659: Establishes the New Jersey Insurance Fair Conduct Act, also known as the “Bad Faith” bill. This legislation, which was advanced by an Assembly committee on Monday, will lead to businesses and consumers paying higher insurance premiums because it enables unscrupulous lawyers to bring meritless lawsuits in the hopes of obtaining settlements from companies concerned about litigation costs.

A-2418: Establishes Prescription Drug Affordability Board. By targeting the pharmaceutical industry alone, this bill sends a message to companies that New Jersey is not the place to do research and development. Controlling consumer costs should be addressed with a more holistic, system-wide approach, rather than penalizing one important sector of the healthcare industry – especially one that is a huge part of New Jersey’s economy.

S-3759: Provides targeted tax credits to small businesses in COVID-impacted industries that are also struggling to keep up with recurring annual minimum wage increases for some of their employees.

A-5218/S-4254/A-6236: Bills that improve tax benefits for small businesses that made COVID-related investments