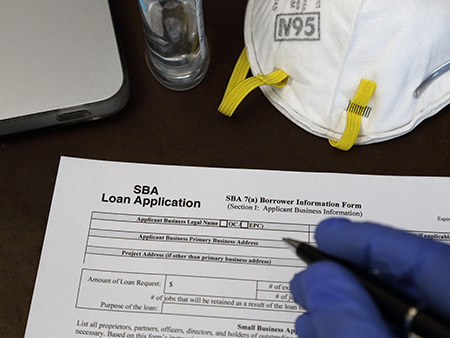 More than 1,000 employers with questions about their Paycheck Protection Program loans tuned into a recent NJBIA webcast with attorney Scott Borsack for the answers, including the latest federal guidance on the esoteric “necessity certification” that could jeopardize loan forgiveness for some businesses.

The $670 billion in business loans available under the federally backed program are intended to help businesses, the self-employed, sole proprietors, and certain nonprofits continue paying their workers during the economic downturn caused by COVID-19. PPP loans are potentially forgivable if borrowers maintain employee headcounts and payrolls at pre-pandemic levels, and use their loans for permitted expenses. A series of recent rule changes, however, have confused many business owners.

Borsack, a partner at Szaferman Lakind in Lawrenceville, said Thursday new SBA guidance issued this week still lacks clarity on the economic necessity question, but the good news is that it doesn’t matter for PPP borrowers with loans under $2 million.

“For loans under $2 million, the SBA is going to assume, without asking, that the necessity certification has been satisfied,” Borsack said during the webcast.

Loans over $2 million will be audited, however, for compliance with the necessity certification. If SBA determines a loan wasn’t necessary in the first place, the borrower forfeits the chance to have the loan forgiven. However, the SBA said any loan deemed unnecessary will not be referred to another agency for further review or prosecution as long as the loan is repaid.

“They don’t provide us with any guidance on how you determine whether the loan was necessary, but if you’re under $2 million they’re not even going to ask,” Borsack said. “Over $2 million there’s a little bit of a risk, but the risk is that there’s no loan forgiveness, not criminal prosecution.”

The interactive Q&A-format of the educational webcast allowed Borsack to cover a wide range PPP issues posed by listeners. A sampling of some of the questions and answers, edited for clarity and space, appear below. To hear the entire webcast, go here.

Q: How many tests are there to determine whether a PPP loan will be forgiven?

A: There are three tests for loan forgiveness:

Q:  What can I do if I borrowed too much PPP money?

A:  Loan forgiveness is based on spending, not the total amount of the loan, as long as you spend the money properly.  There is no penalty for returning money to your lender if you cannot spend it all by the June 30, 2020 deadline set by the program.

Q: I’ve received a PPP loan, but my business is closed and may not reopen by June 30. What can I do?

A:  If your business is closed, you can use the loan to put your employees on paid leave (provided they are not also collecting unemployment) and the loan will be forgiven provided you have used at least 75% for payroll, have met salary requirements, and maintained employee headcounts.

Q: I laid off my employees, who are now collecting more under enhanced unemployment benefits than they were earning while they were working.  What do I do if they won’t come back to work?

A: Any employee called back to work who fails to report has abandoned his job and is no longer eligible for unemployment benefits. The SBA has also issued guidance as it pertains to loan forgiveness, saying that if an employer sends a worker a letter informing him that he is rehired at the same salary, and the employee ignores that request to return, then the loss of that employee under this circumstance cannot be counted against the employer in terms of maintaining employee headcounts under the PPP program.

Q: If a business is paying employees for hours they worked at the end of June, but the check isn’t cut until July, does that payroll expense count toward loan forgiveness?

A:  The federal law talks about expenses incurred AND paid within the covered period. So what I’ve advised borrowers is that, until we receive further guidance from SBA, to assume that they are going to have to run a special payroll on the last day of the coverage period, June 30.  They will have to pay all employees what they are entitled to as of that day, and then run another payroll on their regular payroll day. Is that a pain? Yes. In a logical world the SBA and your bank would take notice of the routine processing periods and adjust the first payroll against the last payroll, but nothing about this program has been logical so far. So until we hear otherwise, I’m advising clients to run a special payroll.