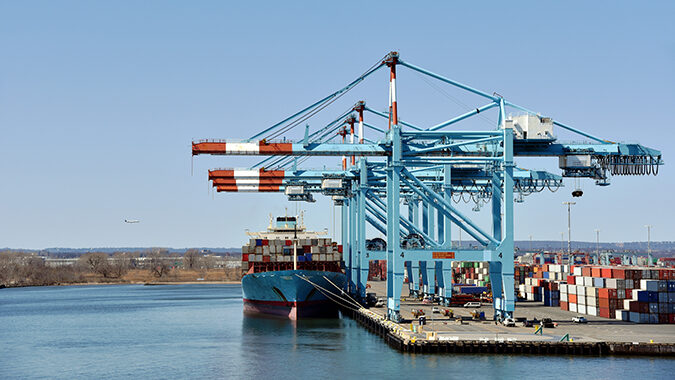 NJBIA said Tuesday the Department of Environmental Protection’s adoption of overly burdensome rules that change how DEP regulates fumigation operations at marine terminals and industrial storage facilities will hurt business at New Jersey’s ports and companies that rely on imports and exports.

Vice President of Government Affairs Ray Cantor said the DEP’s decision will result in New Jersey ports losing business to ports in other states without such burdensome regulations. The rules formally adopted on Monday will also impede movement of goods through the supply chain and drive up prices New Jersey consumers and businesses pay for commodities such as grapes, asparagus, logs, and other imported goods that need to be fumigated for insects upon arrival in this country.

“DEP previously said it intended to work with neighboring states to adopt uniform regulations throughout the region so that New Jersey businesses aren’t placed at a disadvantage,” Cantor said. “Instead, by moving ahead alone with the adoption of this overly broad and burdensome rule that effectively requires a permit for every cargo container that is fumigated for insects, New Jersey ports will lose business to shipping terminals in Pennsylvania, New York, Virginia, and Maryland.”

The new rules prohibit an operation from emitting a fumigant into the outdoor atmosphere, unless the owner has performed a risk assessment that meets the permit requirements. The adopted rules also include penalties, which range from $1,000 per offense for a first violation to up to $30,000 for fourth and subsequent violations.

Go here to read Cantor’s letter to NJDEP during the 2021 stateholder comment period on the rule.