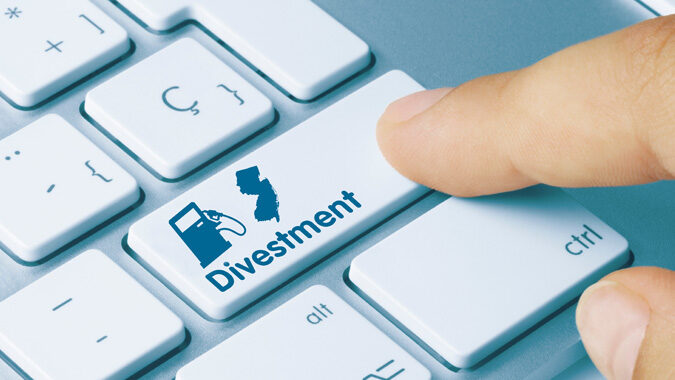 The New Jersey Business & Industry Association opposed a bill this week that calls for the state pension and annuity funds to divest from the 200 largest publicly traded fossil fuel companies.

NJBIA Deputy Government Affairs Chief Ray Cantor is urging lawmakers to take the foot off the gas on the legislation, first introduced two years ago, for the sake of New Jersey’s economy and the environment.

“Pension fund investments should be predicated on sound investment decisions, not politics or policies,” Cantor said. “We can all conjure up policies we prefer or companies whose behaviors we want to change by threatening divestment.

“We should resist doing so. Where do we draw the line? And would pension investment policies change with each change of administration? Let’s avoid going down this path from the start.”

Cantor notes that New Jersey still has a net pension liability of more than $95.2 billion, despite full pension payments being made in each of Gov. Phil Murphy’s last two budgets.

“Now is not the time to do anything other than require sound, prudent investments in legally traded companies,” Cantor said. “To do otherwise would be to jeopardize our pension funds and state’s finances and abrogate our fiduciary responsibilities.”

Cantor said the legislation also “improperly seeks to make a villain of the fossil fuel industry” while fossil fuels will be needed for any decarbonization transition.

“We continue to need fossil fuels today and will for many years to come,” he said. “If the answer to climate change was so obvious, and the solution was merely to stop using fossil fuels, then we should stop today. But it isn’t, and we can’t.

“This Legislature, or Congress, has not banned fossil fuel use because the fact of the matter is there in no current realistic alternative available at the scale we need.”

Cantor also said the bill targets “the very companies that will lead us to a clean energy future.”

He notes ExxonMobil’s global technology center in Clinton, where nearly 800 scientists, engineers and technicians are working to develop the next generation of scalable, lower carbon energy solutions that address the hardest to decarbonize sectors: commercial transportation, power generation and manufacturing.

“The work being done by ExxonMobil at its Clinton facility, as well as other companies being targeted by this bill, may result in the breakthroughs we need to fully transition to a net zero economy and in a way that is both affordable and reliable,” Cantor said.

“Yet, this legislation would seek to starve these companies of their capital for some odd notion that our climate change policies can only be accomplished by bankrupting fossil fuel companies. This policy prescription is counterproductive.”