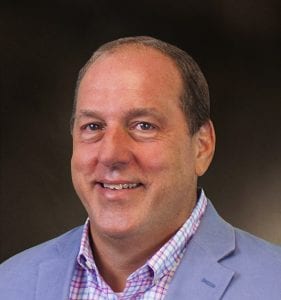 Re: PRN 2018-070 – Proposed amendments to N.J.A.C. 13:45J, commonly referred to as the Prescriber Gift Ban, which places limitations on pharmaceutical companies’ ability to educate physicians by creating a cap on meals.

On behalf of our member companies that provide more than 1 million jobs in the state and make the New Jersey Business & Industry Association the largest statewide business association in the country, we appreciate the opportunity to submit comments on the proposed amendments to N.J.A.C. 13:45J, commonly referred to as the Prescriber Gift Ban, which places limitations on pharmaceutical companies’ ability to educate physicians by creating a cap on meals.

We appreciate Attorney General Grewal’s proposal to increase the limitations to the meal cap and additional changes with amendment N.J.A.C. 13:45J-1.2: “The Attorney General proposes to amend the definitions at N.J.A.C. 13:45J-1.2 of the terms ’modest meals,’ and ’prescriber,’ and to include a definition for “Consumer Price Index.” …). However, NJBIA is concerned that the proposed rule with amendments has unintended consequences that will have a negative impact on patients, jobs and the state’s economy.

We appreciate Attorney General Grewal proposing changes which will increase the limits and further define Consumer Price Index. Even with the CPI amendment, the limit is simply unrealistic, given the high cost of living in New Jersey due to it being part of the New York City and Philadelphia metropolitan areas.

This hampers the ability of pharmaceutical representatives to educate doctors on current inline products or new products coming to market restricts the ability of physicians to learn more about the medicine in both promotional and non-promotional settings. These breakfasts, lunches and dinners provide a forum where physicians can discuss and ask questions about the medicines that they prescribe, either peer to peer or with a company’s medical staff. These programs help better educate the physician on the medicine but are often times labeled internally by pharmaceutical companies and as a result are cancelled because of the rule.

Furthermore, as pharmaceutical companies cancel these breakfast, lunch and dinner programs, it has had a damaging effect on the state’s restaurant and hospitality industry. In a survey conducted by the New Jersey Restaurant and Hospitality Association, its members forecasted a loss of over $8 million in revenue within the first year. This lost revenues hurts businesses, their employees, and has a dramatic impact to the state’s economy.

As such, NJBIA requests changes to the rule that would allow pharmaceutical companies to offer meals to physicians that are modest in price by local standards.

Furthermore, under current regulation, N.J.A.C. 13:45J, which was amended by Governor Christie’s Administration, changed the business relationship between the physicians and pharmaceutical manufacturers by capping the aggregate amount that pharmaceutical companies can spend on New Jersey licensed physicians.

As a result of the aggregate cap, New Jersey licensed physicians are not being hired to participate in these programs. Instead, manufactures are hiring licensed physicians from Delaware, Pennsylvania and New York to conduct these educational programs. As a result, New Jersey and its medical community are operating at a competitive disadvantage.  In fact, as Governor Murphy continues to stress growing New Jersey’s innovation economy, it is imperative for this type of collaboration to occur.

Therefore, NJBIA recommends the $10,000 aggregate cap be taken out of current rule. The cap is having unintended consequences as it brings harm to the innovation that occurs between the manufacturer and the physician. Transparency already exists, as the data outlining what doctors are receiving from manufacturers is currently being captured by the Federal “Sunshine Act.”

These changes to the proposed rule will not only help continue to drive the state’s economy but will also better inform physicians on specific medicines. As a result, the patient will benefit from the valuable exchange of information between the manufacturer and the physician.

Thank you for the opportunity to comment on the rule proposal.