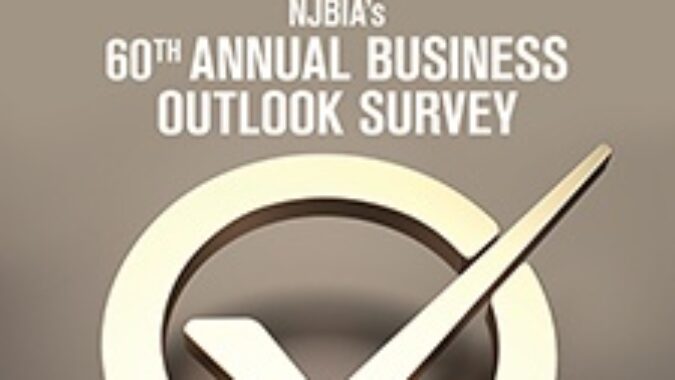 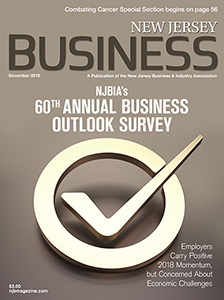 Expectations are high for increased profits, sales and wages in 2019 following a successful 2018 for many New Jersey businesses, according to results found in the New Jersey Business & Industry Association’s 60th Annual Business Outlook Survey.

But the survey, released today, also finds a much more guarded outlook for New Jersey’s economy on the whole.

In addition to a marginal increase of business owners who will look to offset a $15 minimum wage with raised prices, reduced staff or hours, or an increase in automation, there was a sizable decline from last year in respondents expecting New Jersey’s economy to perform better in the first six months of 2019.

Similarly, while 83 percent of members rated the performance of the U.S. economy as excellent or good, only 40 percent rated New Jersey’s economy in the same categories.

“It is very encouraging to see New Jersey businesses continuing to experience steady economic growth,” said NJBIA President and CEO Michele Siekerka. “We’re once again seeing a positive outlook on sales, profits and employment, and some of these numbers are truly impressive.

“However, increased taxes and mandates added onto the backs of New Jersey businesses are serving as a cautionary tale in this year’s survey. As our state continues to track among the worst in the nation for business tax climate, we hope our policymakers will understand the impact of these cumulative costs and work toward reforms that will result in both positive returns and outlook.”

Members were also lukewarm when asked if the potential legalization of recreational marijuana would be good for New Jersey’s economy – 42 percent said no, 33 percent said yes and 25 percent were not sure.

A total of 77 percent of respondents said they had business-related concerns about the legalization of recreational marijuana. Safety in the workplace was listed as a concern by 56 percent of those respondents, followed by productivity of workforce (48 percent), chronic absenteeism (26 percent) and proximity to dispensaries (10 percent).

“Knowing our members’ concerns about workplace safety, first and foremost, NJBIA requested that legislation expanding the state’s medicinal cannabis program and legalizing recreational adult-use cannabis contain language protecting an employer’s right to maintain a drug-free workplace,” Siekerka said. “We’re grateful the bills that were approved in the Budget Committees last week provided those protections as a step to ameliorate some of those concerns.”

Among the positive trends reported in the survey:

•    57 percent of respondents described the current conditions in their particular industry as expanding. 22 percent said it was going from recession to recovery.

•    20 percent rated New Jersey as either “very good” or “good” as a location for new or expanded facilities. 47 percent deemed the state as “average,” while 33 percent listed it as “poor.”

•    83 percent said New Jersey has not made progress over the last year in easing regulatory burdens for business.

Additionally, only 36 percent of members surveyed said they would make New Jersey their domicile in retirement – down from 40 percent in the 2018 Business Outlook Survey.

“Last year, we saw an upward trend in this category which we attributed to the gradual elimination of the estate tax, which we long advocated for,” Siekerka said. “New Jersey will clearly need more in the way of tax reforms to move this trend back in the right direction.”