NJBIA is supporting a bill to have New Jersey enter a multistate compact for the licensure of registered professional nurses and licensed practical nurses. The legislation, S-1699/S-954 (Singleton, D-7), is before the Senate Budget & Appropriations Committee Thursday afternoon.

“I want to first thank Senator Singleton for recognizing the nursing shortage in New Jersey and for introducing legislation that would simplify the process for out-of-state nurses to work in New Jersey,” said NJBIA Vice President Tony Bawidamann. “As a result of his great work, nurses will only need to obtain a license from the state they reside in to be permitted to work in New Jersey, instead of having to go through the whole licensing process again.

“Nurses would still be required to meet the qualifications for licensure, and the compact would establish a database on the disciplinary history of all licensees in the participating states,” Bawidamann said.

The bill is a better alternative to policies that mandate minimum staffing levels. NJBIA had opposed legislation establishing a ratio between patients per certified nursing assistant.

“Like many states, New Jersey needs more nurses,” Bawidamann said.  “Mandating staffing levels would not be effective if we don’t have the professionals to staff the facilities in the first place. Senator Singleton’s legislation makes it easier for professional nurses to work in New Jersey, which will make it easier for us to start reducing our nursing shortage.”  Although New Jersey previously enacted a law to enter the multistate NLC, that temporary law expired on Jan. 1, 2007. The National Council of State Boards of Nursing has since adopted a revised version of the compact, known as the enhanced multistate Nurses Licensure Compact (eNLC) that was implemented on Jan. 19, 2018, with 29 member states as of that date. 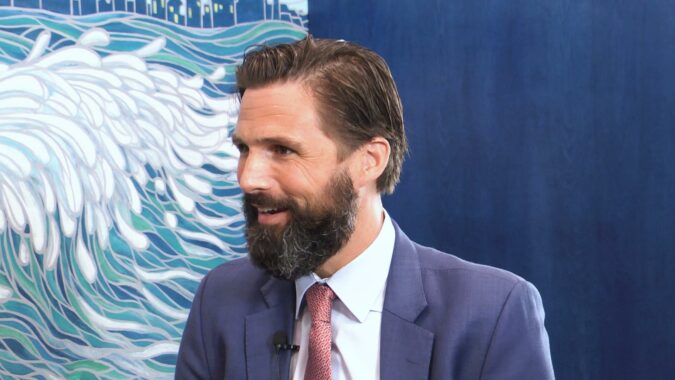