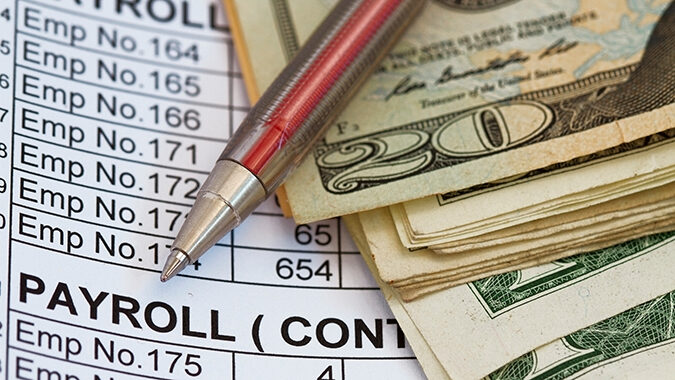 NJBIA testified Tuesday in strong support of legislation that would provide tax credits to small businesses, and even some larger seasonal hospitality businesses, that have been slammed by recent increases in unemployment taxes, which are scheduled to climb even higher in the fiscal year ahead.

The Assembly Appropriations Committee voted to amend and release bill A-3683/A-2152 (Freiman, D-16; Greenwald, D-6), which is now listed on the full Assembly’s agenda for action in Thursday’s voting session.

The legislation would result in meaningful relief to small businesses with a tax credit intended to partially offset UI payroll tax increases necessitated by the record pandemic unemployment that followed state-ordered shutdowns of many types of businesses. Seasonal hospitality businesses with fewer than 1,000 employees, which were among the hardest hit, are now included in the bill under a committee amendment approved Tuesday.

The State of New Jersey is still paying off a nearly $1 billion federal loan it took out to keep paying jobless benefits after the state’s UI fund ran out. If that federal loan is not repaid by November, it will trigger another $75 million federal tax increase on top of the scheduled state UI increases. If enacted, the legislation would pay off the federal loan.

“Paying off that loan will stop wasting millions of New Jersey taxpayer dollars on unnecessary interest, as well as avoid a federal UI tax increase that occurs when states have federal UI loans that last too long,” said NJBIA Vice President of Government Affairs Christopher Emigholz, who testified before the  Assembly Appropriations Committee.

“At a time when the state is swimming in billions of dollars in surplus revenue and federal aid, not repaying the loan now is akin to putting money under the mattress when you have high-interest credit card bills coming due,” Emigholz said.

Passage of the legislation is also important to the state’s economic recovery, Emigholz said.

“UI payroll taxes are a tax on jobs and impacts New Jersey’s economic growth. If you are a business that employs someone, you pay this tax and you pay any increases in this tax regardless of whether you lost income. It is NOT a tax on income or property or corporate profit or wealth, but a tax on the mere existence of a job,” Emigholz said.

New Jersey’s payroll tax rate is governed by columns based on the health of the UI fund and rows based on individual employer experience ratings. The state is currently in UI column C for FY22, with New Jersey employers paying an estimated $252 million in added taxes to replenish the state’s depleted UI Trust Fund.

In FY23, which begins July 1, the state is slated to move from column C to D for an estimated tax increase of about $300 million. In FY24, the column is estimated to grow from D to E for another plus-$300 million increase for businesses.

However, A-3638/A-2152 provides an impactful income tax credit to small businesses for any UI tax above the current column C.

“This will offset the tax increases to columns D and E in the next few years for most New Jersey employers,” Emigholz said.

An important provision in the legislation would also protect businesses from being blindsided by retroactive UI tax increases. The bill would require the state Department of Labor and Workforce Development to provide 30 days’ notice to employers of pending increase to the payroll tax.

Last year, employers were retroactively notified their UI tax rate had gone up – weeks after the higher tax rate had taken effect.