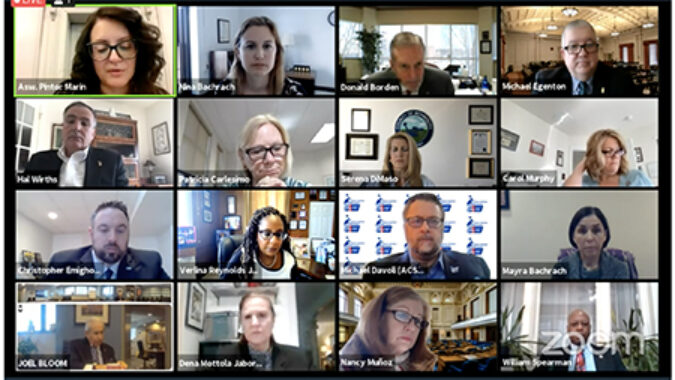 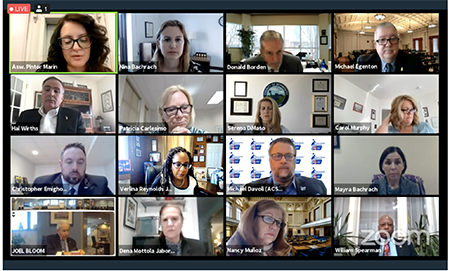 NJBIA Vice President of Government Affairs Chris Emigholz today welcomed a proposed FY22 State Budget that does not include any new taxes and makes a full pension payment, but strongly cautioned that New Jersey’s rate of spending is unsustainable and could lead to future tax increases.

In testimony before the Assembly Budget Committee, Emigholz said the $44.8 billion budget represents the highest level of spending in state history. With 10.9% more in spending than the FY21 budget, the current proposal represents the second-highest budget increase in 24 years.

Emigholz said that level of spending is “unsustainable,” with FY22 appropriations exceeding revenue by $3.9 billion.

“What if that forces a massive tax increase next year on a state that is already among the most taxed in the nation?” Emigholz said. “To address that worry, we need to reduce spending through structural reforms that will make this and future budgets work.”

To avoid future tax increases, Emigholz recommended to the committee that it avoid further increases in spending with incoming federal relief dollars and continued revenue overperformance. Instead, he suggested the state “use those dollars to smooth the looming fiscal cliff in future budgets to get us to a soft landing after the borrowed money (from FY21) and stronger-than-expected revenues have vanished.”

To expand on New Jersey’s pro-business investments, Emigholz asked the committee and Gov. Phil Murphy to “put their money where their mouth is” in terms of bringing a value proposition to New Jersey.

To go with the pro-growth spending in innovation and infrastructure that is part of the budget, Emigholz recommended more funding for workforce development programs, as well as budget language and/or legislation that would drive significant federal funds to NJEDA for Main Street businesses.

Additionally, New Jersey remains one of only a few states in the nation that taxes 50% more of Global Intangible Low Taxed Income (GILTI), to go along with a temporary corporate business tax surcharge that brings New Jersey’s CBT rate to 11.5% – the highest in the nation.

“Lowering the taxation of GILTI and a reduction or early elimination of the surtax may be appropriate,” Emigholz said. “When tax revenues and other budget resources are as strong as they are, we are seeking your support and feedback to move New Jersey’s corporate taxation in line with other states.”