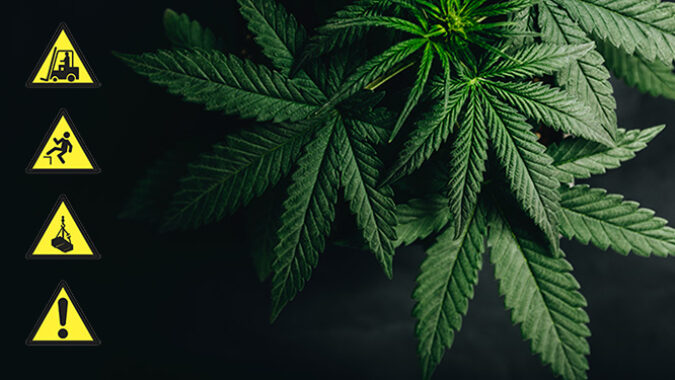 NJBIA Chief Government Affairs Officer Chrissy Buteas and Vice President of Government Affairs Ray Cantor told the Senate Judiciary Committee that the CRC was tasked with adopting standards for the training and certification of Workplace Impairment Recognition Experts, or WIREs, to determine an employee’s impairment from cannabis.

However, those standards were not officially proposed in the months leading up to the opening of the adult-use recreational cannabis market.

“We need some clarity for our employer community,” Buteas told the committee. “We have hundreds of thousands of businesses, millions of employees that this statute impacts – including the private sector, nonprofits and government.

“So, we’re in a situation right now where we have a statute that says we need to have these WIREs trained and meet a certain criteria, but we don’t have the actual regulations explaining the certification process.”

NJBIA’s concerns about workplace safety, which have been directed to the CRC over the past year, were echoed by several committee members during today’s panel discussion, with lawmakers also stressing urgency in establishing standards for WIREs.

Jeff Brown, who serves as executive director of the CRC, told the committee today that the commission has been researching and discussing possible standards for WIREs with stakeholders. However, he did not commit to a date for those standards to be offically proposed.

The New Jersey Cannabis Regulatory, Enforcement Assistance and Marketplace Modernization Act allows employers to conduct drug testing for marijuana. But it also limits an employer’s ability to rely on a positive test in making employment decisions because cannabis can be detected in a person’s body for days after use.

As a result, WIREs are required by law to be trained and at an employer’s disposal to identify impairment.

Last August, the CRC published Personal Use Cannabis rules that said, until standards for WIRE certifications were set, “no physical evaluation of an employee being drug tested in accordance with (the new law) shall be required.”

“One of the biggest questions we have is: ‘Does the business community comply with the statue as is?” Buteas said. “The CRC has said it wouldn’t be in effect right now. But we have had some legal opinions that say you cannot ignore what the statute says right now.”

Buteas also recommended the CRC provide an interim FAQ on the website to give employers guidance while standards for WIREs were being promulgated.

In continuing to impart urgency in promulgating regulations for WIREs, NJBIA has also made recommendations to the CRC in establishing those standards, which were read by Cantor during Thursday’s testimony: