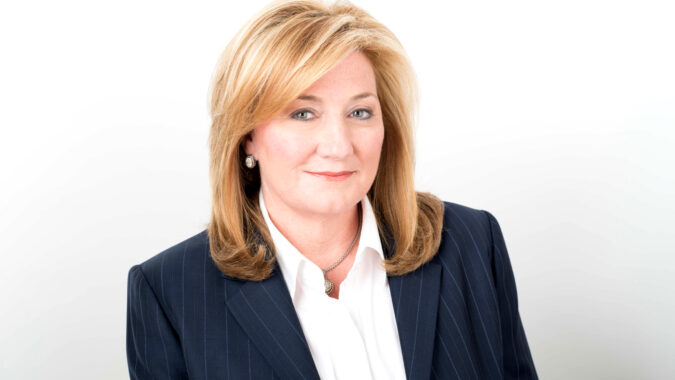 Monica C. Smith, a successful investor, philanthropist and entrepreneur who has transformed the advertising world in her role as the founder and CEO of Marketsmith Inc., will be honored with the New Jersey Business & Industry Association’s 2021 Caren Franzini Leadership Award.

Smith will receive the award at NJBIA’s 7th annual Women Business Leaders Forum to be held Sept. 22-24. The annual event is the largest professional women’s conference in New Jersey that brings together hundreds of corporate and nonprofit leaders, entrepreneurs, and students online and in person to inspire and empower the building of successful businesses and to increase diversity in corporate leadership.

The Women Business Leaders Forum is a hybrid event this year, providing opportunities to participate online or in person at The Somerset Palace in Somerset, N.J. The Sept. 24 keynote speaker is Joanna Coles, executive producer of ABC Freeform’s hit comedy-drama TV series “The Bold Type,” inspired by Coles’ iconic career in publishing as the former chief content officer of Hearst Magazines.

NJBIA President and CEO Michele Siekerka said Monica C. Smith was selected as the 2021 recipient of the Caren Franzini Leadership Award because of her achievements in both business and the nonprofit sector.

“The Caren Franzini Leadership Award is an honor bestowed on individuals who inspire and empower others to achieve professional excellence,” Siekerka said. “NJBIA is pleased this year to be honoring Monica C. Smith because she is an executive who leads by example in the boardroom and in the community, just as the namesake of this award did.”

Smith founded Marketsmith Inc. in 1999 and grew the agency to become a leader in data-driven direct marketing strategy using its proprietary analytics-based prediction platform i.Predictus, which can predict sales with over 90% accuracy. For three straight years, Smith has driven over $1.5 billion in retail sales annually, and is now responsible for the management of $200 million of media spend a year.

Smith is also one of only a few women who have successfully raised capital in the tech arena. Along with her wife of 25 years, Amy Allan Smith, she founded, funded, and launched ROI-NJ, the state’s first women-owned business publication. ROI-NJ was later sold in 2020.

Over the past two decades, Smith has contributed, built, and sponsored dozens of philanthropic organizations and causes. One More Smith, a 501(c)(3) organization, has provided permanent sanctuary for thousands of hard-to-home animals since its inception in 2004. Bring Dinner Home, an annual Thanksgiving event, provides holiday dinners, warm coats, books, and grocery store gift cards for hundreds of families of schoolchildren at Newark’s Camden Street Elementary School.

After many years of fostering and adoption, Monica and Amy Allan Smith have been recognized by the state of New Jersey for their dedication and approach to fostering, and by CASA Morris County for their support of Court Appointed Special Advocates for children in the foster system.
The Caren Franzini Leadership Award honors the legacy of the longtime chief executive of the New Jersey Economic Development Authority, who died in 2017. Franzini worked with seven governors from 1994 to 2012 to promote entrepreneurship and economic growth, particularly in New Jersey’s largest cities. After her tenure at EDA, Franzini served on NJBIA’s board of trustees until her death at age 57.