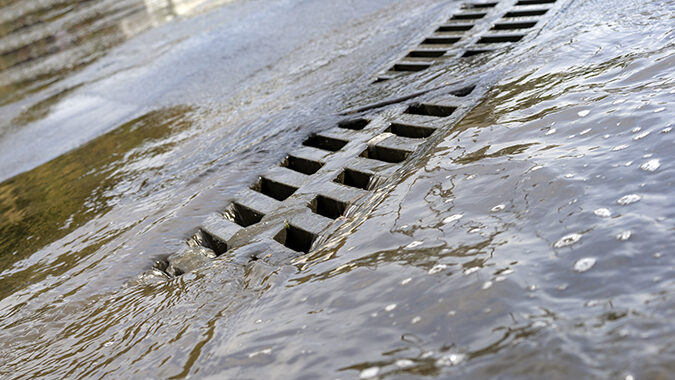 NJBIA and 18 other business groups are urging Gov. Phil Murphy to stop the state Department of Environmental Protection from using an emergency rule process to immediately implement a flood control plan that could lead to thousands of already approved development and infrastructure projects being delayed or cancelled.

DEP claims that an “imminent peril” exists to public health, safety, or welfare, which necessitates the filing of an emergency rule concerning flood design elevations and mapping and to change the basis for calculating future rainfall amounts. DEP has said it intends to file emergency rules by June 10 as part of its NJPACT regulatory reforms aimed at addressing climate change.

“If adopted, this rule would adversely impact countless sorely needed development and infrastructure projects that are being planned or have already been designed and engineered at great cost to both the private and public sectors,” the business groups wrote in a June 3 letter to the governor.

The business groups objected to the emergency rulemaking process being utilized in this case and disputed the DEP’s assertion that an “immediate peril” exists. The businesses groups argued that while flood maps do need to be updated, the primary problem, as evidenced by Tropical Storm Ida, is inadequate stormwater facilities, not flood mapping.

“This emergency rule is addressing the wrong problem with the wrong solution,” the letter states.

In addition, the limited grandfather provisions in the rule will have “dire economic consequences” on potentially thousands of projects, including low-income housing and other projects important to economically disadvantaged communities.

“Projects in areas that were never part of a flood hazard area before, many of which have legal determinations that they were not in flood hazard areas, will now need flood hazard permits for the first time,” the business groups pointed out.

While DEP has provided no maps or analysis to show the specific areas or projects that will be affected, it is estimated that as much as 5% to 10% of the buildable area of the state – about 200,000 to 400,000 acres – will be impacted by the emergency rule.

“A better way to proceed would be to propose this rule as any other, by adherence to the Administrative Procedure Act. This will allow for the public to adequately comment, for equities and impacts to be evaluated and planned for, and minimize economic disruptions and legal challenges,” the business groups wrote. “Government’s efforts should instead be targeted on funding solutions to our existing, inadequate stormwater facilities.”