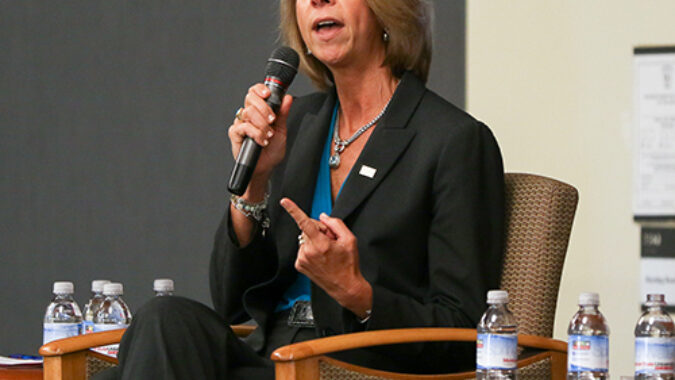 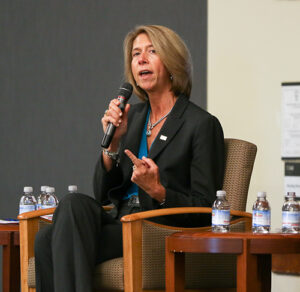 Michele Siekerka, NJBIA’s president and CEO, was selected as one of the most 100 powerful people in the state by NJBIZ. The annual Power 100 list identifies the people who impact New Jersey business in a positive way.

“Issues such as healthcare costs, increases to the minimum wage and outmigration of millennials are routinely under study at NJBIA, whose membership is dominated by small businesses. Her understanding of business and government — she received a bachelor’s in political science from Rutgers University — made her uniquely qualified to assume her post in 2014. Siekerka served for six years as president and CEO of the Mercer (County) Regional Chamber of Commerce, the second-largest regional chamber in the state, where she significantly grew membership and revenue.”

In a departure from recent years, NJBIZ only ranked the 10 most powerful in the state and simply listed the rest of the 90 alphabetically.

Its top pick this year is Jeff Bezos, the founder and chairman of Amazon. The magazine cited the fact that Newark made the first cut in the selection process for Amazon’s second headquarters as well as the company’s “ever growing fleet of fulfillment centers” in the state.

“The most optimistic outcome (to some but not all) would have HQ2 coming to Newark, bringing with it as many new jobs (and boosted prestige for Newark and the state) that money can buy, and which 20 other cities and states would love to have,” NJBIZ said.

“To say this isn’t an exact science is a no-brainer,” editor Howard Burns wrote. But what it does offer up is a snapshot of people who are so important to New Jersey business today and likely will be in the years to come. It’s an impressive roster and we are privileged to give them their due.”