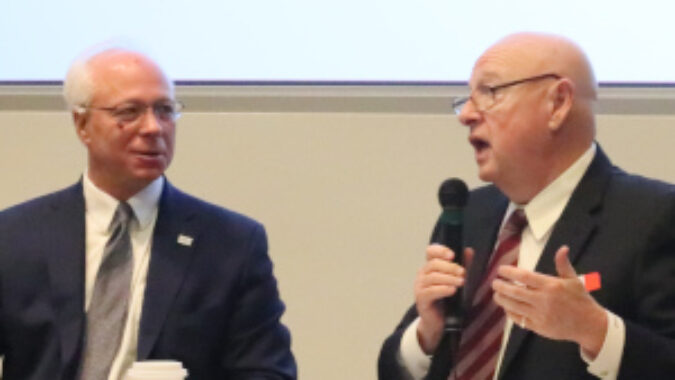 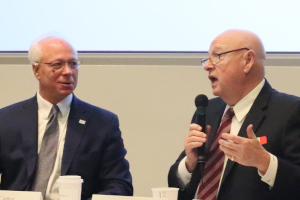 Senator Bob Smith’s agenda for 2020 includes many of the things you would expect from the chairman of the Senate Environment and Energy Committee. Climate change will play a big role, and the early meetings will focus on a couple of bills that came close last session—food waste and banning single-use plastic bags—but did not get final passage.

As Smith shared his agenda with members of the NJBIA Environment and Energy Policy Committees at Johnson & Johnson Headquarters in New Brunswick, an old item popped up—recycling. One might be surprised to see that topic on the list. After all, New Jersey’s recycling mandate goes back to the 1980s, and recycling has long been part of the residential landscape.

But while New Jersey’s recycling policies have not changed much, the markets for recycled materials have, according to Smith.

“We have a big recycling problem in the State of New Jersey, and the problem is China,” Smith said. “China figured it out a few years ago, and now they’re not taking our dirty glass or anything else.”

Neither are other countries or other businesses. As a result, what was once a break-even enterprise has turned into a huge line item for municipalities as they now have to pay to dispose of the glass, paper and plastics they collect instead of getting at least some payment for donating recyclable materials.

Smith said he has two ideas he wants the committee to explore: Mandating use of recycled materials in goods and supplies, and dedicating some of the state’s yet-to-be-determined economic development incentives to attracting recycling facilities.

On the recycled materials mandate, Smith said the idea is to create markets for the material towns are having a hard time selling by mandating that certain products contain a minimum amount of previously recycled material. The work will be in determining what percentage is the right one for things like recycled paper.

“In other words, why not make our own market” for recyclables, Smith said.

The incentives idea recognizes the fact the New Jersey has been without its major economic development incentive programs since they expired on July 1. The governor and the Legislature have yet to agree on how to replace the programs, so Smith indicated there is an opportunity to add recycling to the criteria.

“We don’t have places to put this stuff for markets and it’s killing our taxpayers with higher costs,” Smith said. “So we have to make recycling easier.”