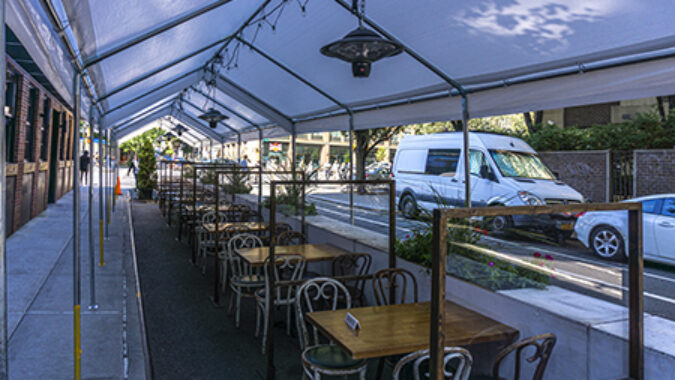 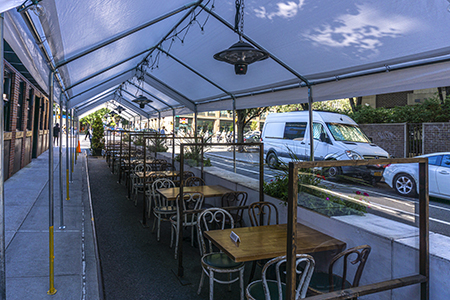 Another unanimous vote for a bill allowing outdoor dining expansion is back on the governor’s desk.

Bill S-3340 passed 34-0 in the Senate and 75-0 in the Assembly on Monday, without any committee votes preceding it.

Last week, Gov. Phil Murphy vetoed bill A-4525, which allowed businesses wanting to expand outdoor operations to apply, at no cost, to a local zoning office. That office would have had 15 days to approve the application if it complied with the bill’s requirements.

In his veto statement, Murphy contended that municipalities would have almost no ability to reject an application on public health or safety concerns. NJBIA President and CEO Michele Siekerka called that decision “disappointing” as it removed the opportunity for restaurants, bars and breweries to “expand and innovate.”

Several Republican lawmakers also said they were willing to pursue an override of that veto.

But rather than taking that path, Sen. Paul Sarlo sponsored a new slightly adjusted bill that still calls for establishments to apply to their local zoning office to extend their footprints in parking lots, public sidewalks and decks. However, S-3340 empowers municipalities with more discretion to reject applications and still allows them to collect a fee unlike the vetoed bill.

“We’re hopeful this updated bill will be quickly signed by the Governor,” said NJBIA Vice President of Government Affairs Christopher Emigholz. “We are also happy to see the Legislature take this up right after the veto as these establishments are obviously struggling after months of restrictions. They need to be able to plan for when the weather gets warmer to give them the flexibility they need to survive.”