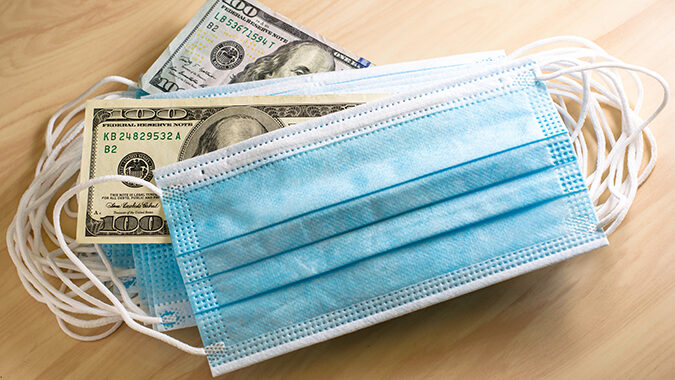 The U.S. Bureau of Labor Statistics reports says 14.7% of all private-sector businesses nationwide increased base wages in response to the COVID-19 pandemic last year, and workers in sectors such as food services, retail, healthcare and manufacturing, received significantly higher raises than average.

In New Jersey, where the minimum wage for most workers is now $13 an hour, the percentage of employers who reported increasing base wages was 14.2%, the BLS said.

The data, released Feb. 9, also shows that 34.5% of U.S. businesses increased telework for some or all employees, and that figure was almost double for businesses in the information and education sectors. In New Jersey, the overall telework percentage was slightly higher (36.2%).

The survey of private employers, which was conducted between July 27 and Sept. 30, 2021, also found that 60.2% of the U.S. businesses that allowed telework last year due to COVID-19 said they would continue doing so after the pandemic had ended.

Hazard pay or hourly bonuses were temporarily offered by 5.5% of U.S. businesses that provide 15.7% of all private-sector employment. In New Jersey, 7% of businesses reported offering a temporary hourly wage premium.

One-time monetary bonuses or appreciation awards for working during the pandemic were paid by 9.4% of all U.S. business. In New Jersey that percentage was 7.8%, the Census Bureau said.

In New Jersey, 68.8% of businesses said they required some or all employees to wear face masks or other protective gear at work at the time of the survey last summer. Nationwide that figure was 58.3%.

Nationwide, 17.5% of U.S. businesses reported requiring workers to be vaccinated against COVID-19. In New Jersey, that figure was 22.9%.

Detailed tables by industry, state, and employment size can be found at www.bls.gov/brs.