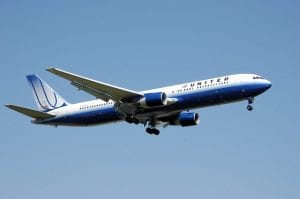 The New Jersey Business & Industry Association urged an Assembly committee on Thursday to vote against legislation that would expand jet fuel taxes imposed on commercial airlines in New Jersey, saying it would lead to higher airfare costs for consumers and businesses, and hurt the state’s economy.

Currently, the state’s 4-cent Petroleum Products Gross Receipts Tax (PPGRT) is only levied on jet fuel used by commercial planes during taxiing and takeoffs, not during flight. The bill, S-2892/A-4392, would subject aviation fuel purchased in New Jersey to the 4-cent tax.

“This change to the aviation fuel tax formula would make New Jersey less competitive and is counterintuitive to the state’s efforts to encourage economic growth,” said NJBIA Vice President of Government Affairs Andrew Musick. “The expanded tax will cost commercial airlines millions of dollars, and that will drive up the cost of doing businesses in New Jersey, as well as the cost of airfare.”

Originally, the bill had only affected United Airlines and its regional partners, which operate more than 400 flights daily from Newark airport, but Senate committee amendments last month expanded the scope of the legislation to include all aviation fuel purchased in New Jersey. On Thursday, the Assembly Transportation and Independent Authorities Committee amended the bill to exclude aviation fuel purchases made at New Jersey airports with fewer than 20,000 flights per year.

The bill would raise $36 million to $40 million in new taxes that would be used to fund the extension of PATH train service to Newark airport, as well as other airport capital improvement projects in New Jersey, according to a fiscal estimate from the NJ Office of Legislative Services.

“All told, it is the cumulative impact of policies like these that contribute to the ever-increasing cost of doing business in New Jersey,” Musick said.

The Assembly Transportation and Independent Authorities Committee voted 8-3-1 to release the bill.