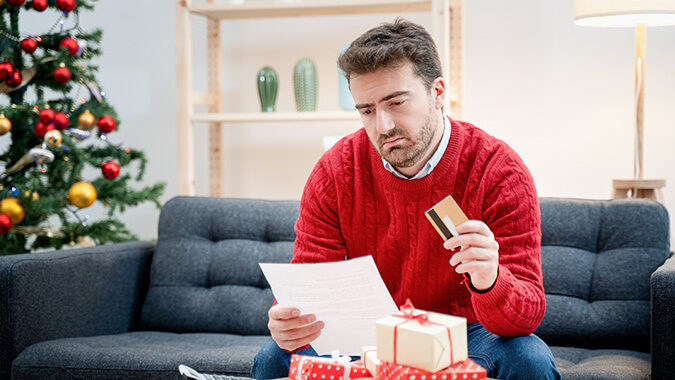 Inflation is making the holidays a bit less merry, as many in New Jersey are cutting back on gift-giving or seasonal travel, according to a Stockton University Poll released Monday.

Two-thirds of New Jersey adults surveyed said inflation was impacting their holiday spending a great deal (39%) or somewhat (27%), and one in three said they will spend less this year compared to a year ago. Nearly half (46%) are spending the same, with 13% spending more.

Similarly, 42% described their financial situation as worse than a year ago, with 41% saying it’s about the same and 15% saying it’s better.

How are people coping with higher costs? Almost half (47%) said they are spending less on everyday expenses to save more money for holiday shopping. Fifty-one percent said they have not had to scrimp to pay for holiday spending.

The Stockton Poll of 570 New Jersey adults was conducted Oct. 26 through Nov. 15 for the William J. Hughes Center for Public Policy at Stockton University and has a margin of error of +/-4.1%.

“Inflation has gripped consumers with grinch-like tenacity,” said John Froonjian, director of the Hughes Center. “It is making holiday shopping more challenging, but people will spend less on their daily expenses to maintain the spirit of giving.”

Adults aged 30-49 — the group most likely to be raising children — are especially challenged by the economy, according to the poll. About three-quarters (76%) said inflation is affecting their spending plans, including 45% who are greatly impacted. Sixty percent said they have cut back on living expenses to be able to afford the holidays.

About one in four (27%) New Jersey adults plan to travel over the holidays but most (68%) do not. Fourteen percent said they had to change or cancel their travel plans, and 42% of all respondents said cost affected their decisions about taking holiday trips. One in five said airline disruptions and concern about flight cancellations affected their thinking, and 22% said concerns about COVID-19 affected their travel decisions.

Among those who will shop for the holidays (11% will do no shopping), 53% plan to shop online using apps on a device or through retailer websites, while 30% plan to go to stores in person. Either way, some shoppers are already experiencing pandemic-era shopping frustrations. One in five said the gift they wanted to buy was out of stock, and one in three have experienced shipping delays, said Hughes Center Research Associate Alyssa Maurice.

One silver lining for those staying put over the holidays is that majorities feel there is plenty to do in New Jersey that is affordable and family friendly. When asked about local recreational options, 57% agreed there are adequate free recreational options and 61% said they are satisfied with affordable options for recreation. And 65% said there are adequate family-friendly activities available where they live.

Still, one in three said they have had to forgo recreational plans because of the cost, the poll found.

For full results of the poll, go here.