Published May 2 - Updated May 2 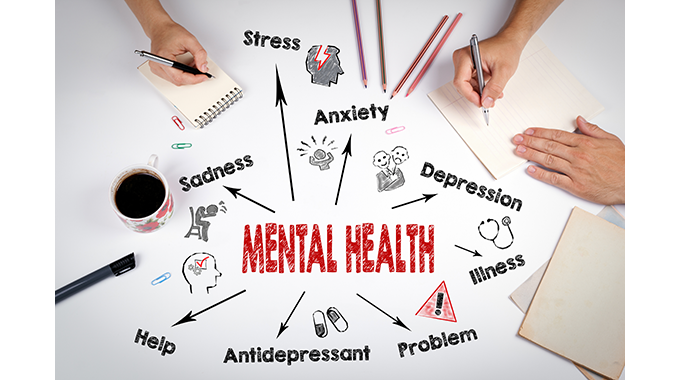 A majority of New Jersey adults say they or someone they know have experienced mental health problems, and these problems have gotten worse during the coronavirus pandemic, according to a recent Stockton University Poll on public health and other issues.

The statewide poll of 640 New Jersey respondents found 58% reporting they or someone close to them has experienced mental health issues, while 39% said they have not, and 2% were unsure. Of those saying they had experienced problems, 68% said it had gotten worse during the pandemic. Only 7% said the problems had improved, and 20% said they had not changed during the pandemic, according to the poll released April 29 by the William J. Hughes Center for Public Policy at Stockton University.

“The public is confirming what experts have been saying about the pandemic, that mental health has taken a beating as we try to manage the coronavirus,” said John Froonjian, director of the Hughes Center. “The pandemic has increased stress levels on multiple fronts: economic, social, employment, healthcare, schooling, loss of loved ones. It all takes a toll.”

One aspect of mental health problems involves drug addiction. Nearly four in 10 (39%) of poll respondents said they or someone they know personally has been affected by the opioid crisis. More than one in three (35%) characterize drug addiction as a big problem in their community, and 40% said it is a minor problem where they live.

“In a state of 9 million people, that’s a lot of suffering,” Froonjian said.

Other topics were also explored in the Stockton Poll and the results are as follows: