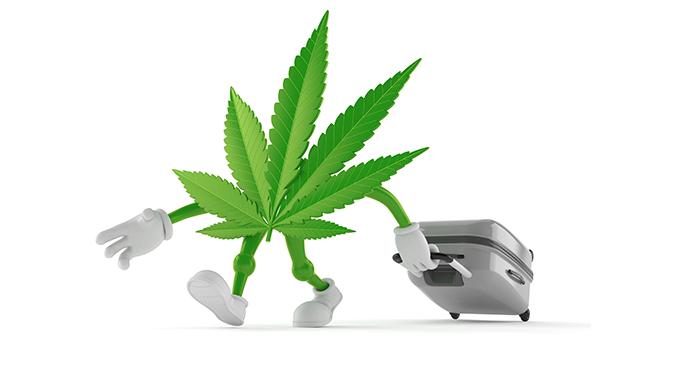 As legal marijuana sales begin in New Jersey, most adults would welcome dispensaries selling cannabis in their towns, but only half would like to see cannabis marketed in the state as a tourist attraction, according to a recent Stockton University Poll.

The poll, conducted for the William J. Hughes Center for Public Policy at Stockton University, found results varied slightly by region. Respondents in southern New Jersey generally were more supportive of dispensaries and cannabis tourism than residents of central and northern New Jersey.

Of the 640 state residents sampled in the poll, 56% statewide said they would support dispensaries selling legal recreational marijuana in their towns, while 36% would oppose it and 8% are unsure. Support for hometown dispensaries was strongest in southern New Jersey (64%).

Half of all respondents statewide (50%) would like the state’s hospitality industry – which according to state data employs 9% of New Jersey’s private-sector workers – to offer cannabis-related attractions such as lounges and restaurants where cannabis can be consumed.

“The South Jersey tourist industry was especially damaged by pandemic restrictions and by customers avoiding public crowds,” Hughes Center Director John Froonjian said. “If tourists want to enjoy legal marijuana when they go out, a segment of this region wants to see that market served.”

About a dozen dispensaries begin legally selling recreational marijuana in New Jersey on Thursday, nearly 18 months after voters approved legalizing pot in a statewide referendum. Most poll respondents were understanding about the long delay; 22% said it was reasonable and 50% had no opinion. About one in four (27%) found the delay unacceptable.

New Jersey will dedicate 70% of tax revenue raised from recreational marijuana sales to economically struggling communities most harmed by past marijuana convictions. Asked about  spending priorities, the top responses were education (37%) and social services (13%).

Although legal marijuana sales began Thursday, the New Jersey Cannabis Regulatory Commission (CRC) has not yet adopted workplace safety rules the law required. Employers are allowed to conduct drug testing for marijuana, but the law limits an employer’s ability to rely on a positive test in making employment decisions because cannabis remains detectable days after it was used.

Under state law signed 14 months ago, the CRC was tasked with adopting standards for the training and certification of Workplace Impairment Recognition Experts, or WIREs, to determine if an employee is impaired by marijuana while on the job. NJBIA has publicly urged the CRC to establish the long-delayed WIRE standards to better protect workplaces and the public.