Poll: ‘What a Company Does is More Important Than What It Says’ 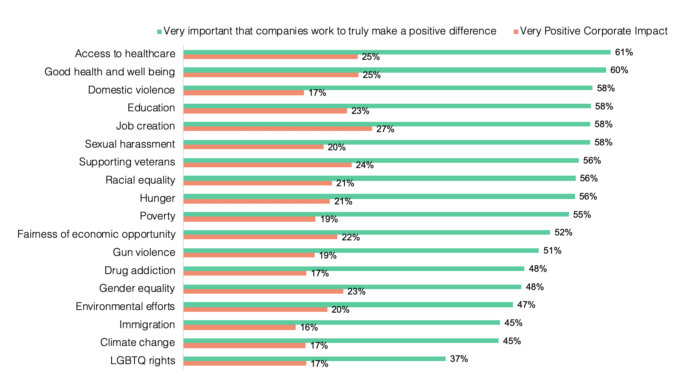 New Harris Poll data finds that the American public is rooting for companies to make a positive difference on social issues, but there is a gap between urgency and perceived corporate impact.

This weekend, the Harris Poll asked Americans how important it is that companies work to truly make a positive difference on specific societal issues and how much of a positive impact they have seen from corporate America. What it found is a large gap between the desire for corporate impact and the perceived positive impact from companies. 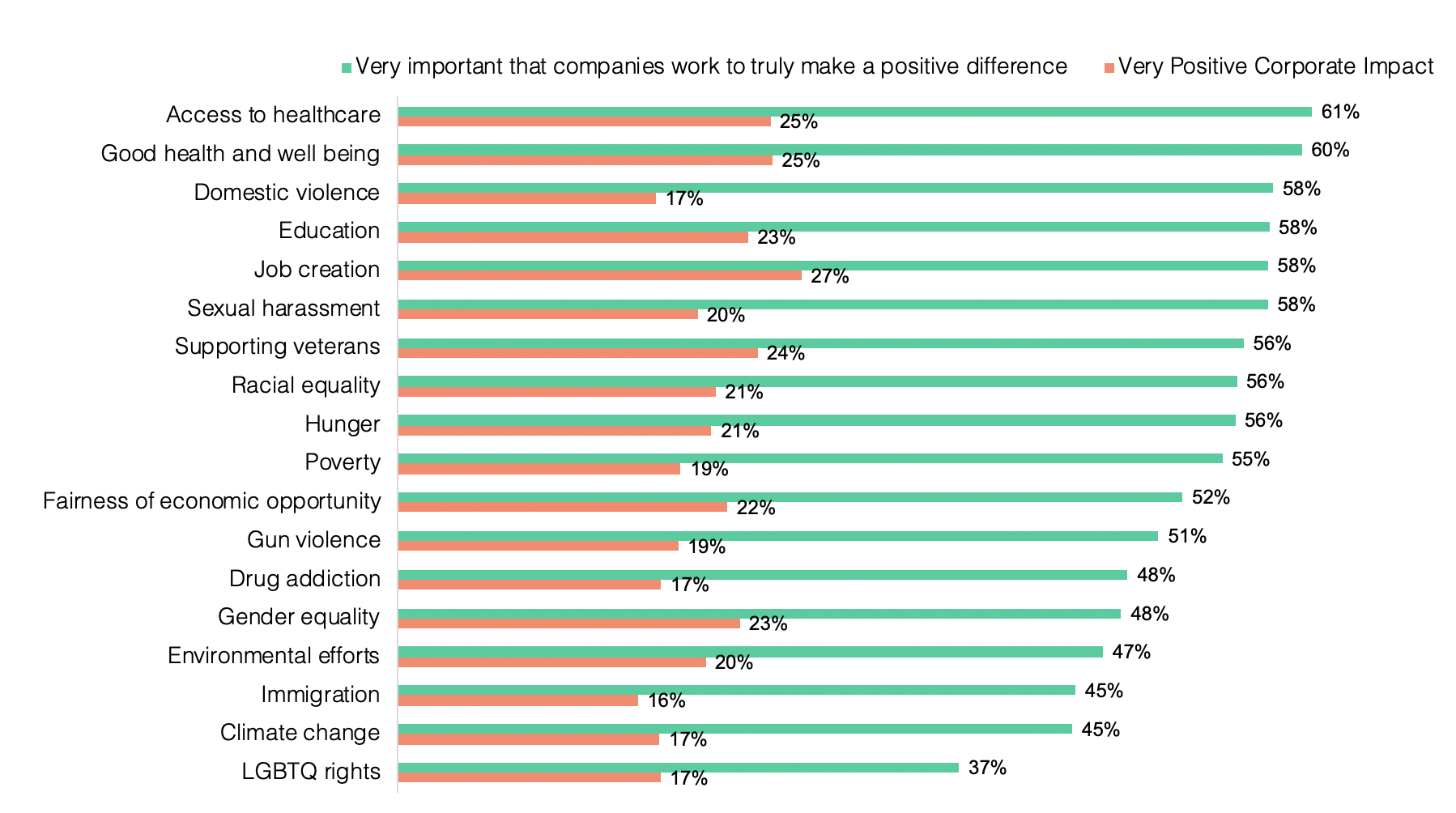 Takeaway: What a company does is more important than what it says,and here, metrics matter. Company messaging is appropriate, but only if you have your house in order. This means representation in leadership, boards and a culture that isn’t toxic and stymying. It means eliminating biases in hiring and promotion; and design thinking around Black experience in your products, your customer satisfaction, your operations daily management interactions. Many companies (including ours) are behind, so set targets, show your struggles and find safe spaces for Black voices. Tie progress to compensation and performance and find other ways to make it stick. This isn’t window-dressing, but fundamental social, enterprise and personal change.