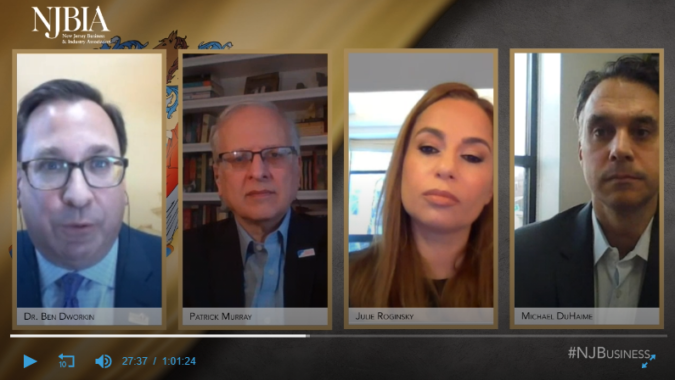 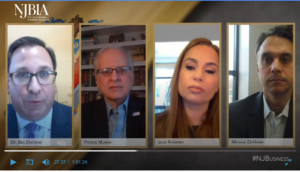 The 2020 election was more of a repudiation of President Donald Trump personally than a seismic political shift in the electorate, according to a panel of experts who recently weighed in on how the national election results might impact New Jersey’ gubernatorial and legislative races next year.

DuHaime noted the record voter turnout in 2020 and said the national results showed it was “very much a center-right election with a repudiation of the president personally.”

“The hard part I think for Democrats and Republicans when they look at this super high turnout – and a lot of that was Trump energy both for and against – how do you translate that next year in New Jersey and two years from now nationally,” DuHaime said.

Roginsky agreed, noting that down-ballot Democrats did not make gains in Statehouses, did not increase their majority in the House of Representatives, and were unable to flip control of the U.S. Senate.  She said the Democratic Party in New Jersey should learn from this and not take any of its core constituencies for granted in New Jersey’s 2021 elections.

Although Gov. Phil Murphy’s approval ratings remain strong, Roginsky said the polling may not reflect the “dangers that always arises for Democrats and Democratic governors.”

“Though we are very much a Democratic state, we really need to make sure that we don’t take (Democratic voters) for granted,” Roginsky said of next year’s elections.

DuHaime said that even though Donald Trump will not be president next year, his endorsement could still make or break candidates in Republican primaries in 2021. Trump still has a large GOP following and will likely be tweeting and holding rallies, he said.