Princeton U. Named No. 8 University in the World

Princeton University was ranked 8th in the world, behind six other U.S. universities and Oxford in the U.K., out of nearly 1,500 institutions in the U.S. and 80 other countries, according to U.S. News and World Report. The university was named best in the U.S. last month.

6 N.J. Schools Named among Best in World by U.S. News
U.S. News & World Report released its 2019 rankings of the Best Global Universities on Tuesday, and six New Jersey schools made list overall with one in the Top 10. The publication analyzed nearly 1,500 institutions in the U.S. and 80 other countries, ranking them on 13 indicators that measured their academic performance and reputations. New this year are six additional subject rankings, bringing the total to 28.

Declining Innovation Funding Threatens Future Economy
Two recent reports highlight the importance of funding innovation in the U.S. and give a glimpse into the perils of ignoring it. The reports, from The Aspen Institute and Information Technology & Innovation Foundation (ITIF), independently corroborate the role of the public sector in ensuring a more prosperous future through innovation. The Aspen report, An Innovation Challenge for the United States, warns that the innovation culture forged in this country following World War II is now at risk, while the ITIF report focuses on the dwindling support for higher education from both the state and federal levels and details how such changes could negatively impact the research and development efforts that help build the innovation economy.

Inconsistent Venture Capital Investment in NJ: In Action on Venture Capital
According to Nicole Sandelier of NJBIA, “New Jersey is trying to position itself as an ideal location to retain and attract businesses that spur invention and innovation. The increased Angel Investor Tax credit recently signed into law, which NJBIA supported, is a prime example of the initiatives being championed by the Legislature and Gov. Phil Murphy. A key component in creating an innovation ecosystem is attracting the companies and individuals that lure venture capital investment.”

Useful Stats: Business R&D Growing More Concentrated in Fewer States
Business R&D activity has been historically concentrated in a few states and became even more so in 2017, according to a National Science Foundation issue brief on the latest Business Research & Development and Innovation Survey (BRDIS). Despite finding total business R&D surpassed $400 billion in 2017, reflecting a 6.8 percent increase over 2016 results, NSF’s data also reveals R&D activity in five states alone captured well over half of all of the nation’s business R&D investments.

Edison Awards: R&D Council Announces Winners of Prestigious Honors for 2019
It could be called the biggest night of celebration of innovation in the state – or the time New Jersey reminds the country that it’s still on the cutting edge of new technology. The 2019 Edison Patent Awards, presented by the Research & Development Council of New Jersey, will honor 15 patent award winners from a wide range of research and diverse group of companies, plus three individuals, on Nov. 14 at the Liberty Science Center in Jersey City.

Navigating the Creative Tension of Education Innovation
The announcement of each new technological advance comes with the realization that the innovation will be creating new jobs, requiring new skills, and potentially displacing old jobs and old skills. That’s the nature of disruptive innovation: The relentless drive to meet consumer demand for products and services of higher quality and lower cost requires new business models, and workers with the training and abilities to meet the demand.”

NJIT VentureLink Inventors Fortify Weak Links in the Pharmaceutical Supply Chain
The surge in mail-order drug deliveries, amid rising temperatures and climate volatility, presents a growing challenge to the security of the pharmaceutical supply chain. Every time vaccine is subject to excessive heat or cold, for example, its potency may be diminished, according to the Centers for Disease Control and Prevention (CDC). A single exposure to freezing temperatures can destroy a batch entirely. 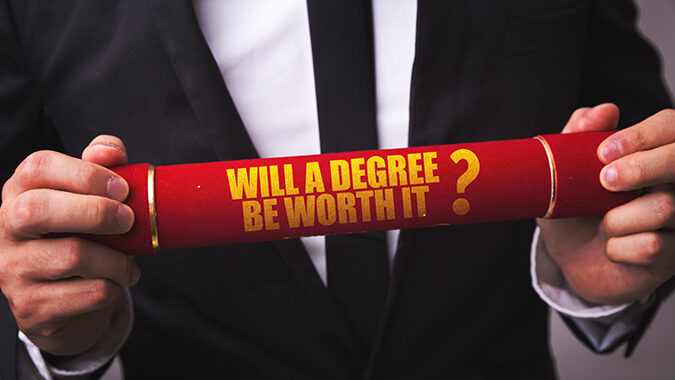