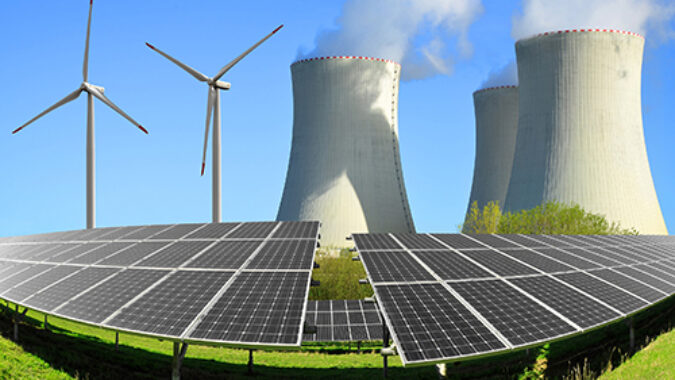 Nuclear energy can play a pivotal role in New Jersey reaching its clean energy goals, but only with the continued financial support of government, according to PSEG Vice President of Corporate Citizenship Rick Thigpen.

Thigpen presented on the importance of nuclear energy during NJBIA’s recent summit, “Energy & Decarbonization: A Business Perspective,” at the Forsgate Country Club in Monroe Township, touting its clean energy potential, but also warning of its need for continued funding.

“Without a national price on carbon, one of the many political realities we’re struggling with, nuclear power’s economic struggles are real, and they continue all across the country,” Thigpen said.

“To date, 11 reactors in 10 states have retired early, mostly due to economic conditions,” he said. “Another eight have announced plans to retire prematurely while 16 reactors that were at risk of closing prematurely, including PSEG’s Salem and Hope Creek nuclear plants, remain in operation because states stepped in to compensate them for the carbon-free power they provide.”

As Thigpen explained, this is especially important because when nuclear power facilities close prematurely, emissions rise as a result.

“In New Jersey, for instance, when [the] Oyster Creek nuclear power plant retired a few years ago, carbon emissions rose by [3.1] million tons in the first 12 months,” he said.

Thigpen noted that a federal Nuclear Production Tax Credit, which could provide long-term funding for New Jersey’s nuclear power plants, was co-sponsored by Congressman Bill Pascrell (D-NJ) and Senator Cory Booker (D-NJ). However, that proposal is currently being negotiated as part of the larger federal Reconciliation Package.

“It’s imperative that nuclear power plants do receive federal support for their carbon-free attributes because the absence of the price of carbon is a federally created reality,” he said. “The problems we experience in New Jersey are created by the federal government and it would be appropriate for the federal government to step in and play its role to solve this problem.”