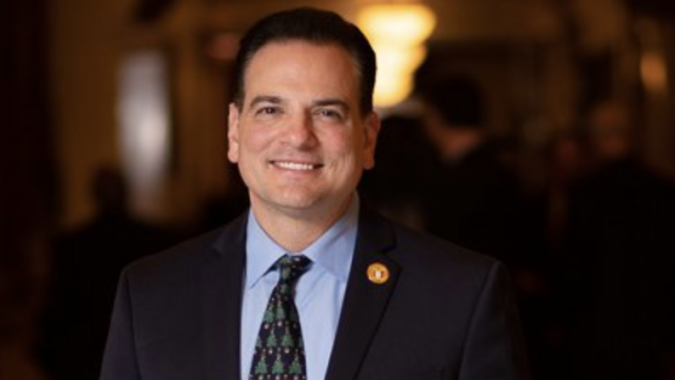 Sen. Nicholas Scutari  has been selected by the members of the Senate Democratic Majority to serve as president of the New Jersey Senate for the new legislative session that begins in January.

“I am honored to win the support of my colleagues in the Senate Democratic Majority to serve as Senate President,” said Scutari (D-22). “I look forward to working with the diverse and talented group of senators in the Democratic caucus and with other top state leaders to implement policies needed to address the needs of all the people of New Jersey. Every voice will be heard as we work to serve the priorities of each community and every resident.”

First elected to the Senate in 2004, Scutari has served as majority whip since 2020 and as deputy majority leader in the 2018-2019 legislative session. He has chaired the Senate Judiciary Committee for 12 years, and also served as a member of the Senate Commerce Committee. He will replace Senate President Steve Sweeney (D-3), who has held the top post since 2010. Sweeney was defeated by Republican Edward Durr in a surprising upset.

“I want to thank my colleagues for electing me to serve as the Senate Majority Leader for the upcoming legislative session. I am honored to be the first Latina to hold this position,” Ruiz said. “Together with Senator Scutari, Senator Cunningham and the entire Democratic Caucus we can work to create policy and improve government that works for everyone who calls New Jersey home.”

“The challenges faced by people throughout New Jersey offer opportunities for the Senate to be responsive to their needs,” said Cunningham. “We will continue to address criminal justice reform and work to make real and lasting progress for every community in the state. We fully understand that our diversity is our strength.”

The full Senate will officially vote for senate president, majority leader and senate president pro tempore on Jan. 11, 2022, when the Legislature convenes the new 2022-23 legislative session.