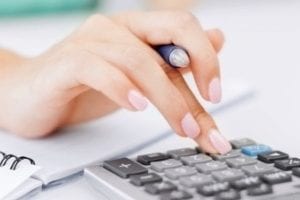 Businesses registered as C-corporations and earning more than $1 million would see their corporate business tax rate rise to 12 percent under a plan proposed today by Senate President Steve Sweeney (D-3). NJBIA is concerned about its impact on New Jersey’s competitiveness, especially with neighboring Pennsylvania, our number one outmigration state.

Sweeney said his plan was designed to raise revenue from corporations that benefited from the federal tax reform plan that took effect this year.

“The Republican plan provided a huge tax cut for corporations, slashing the federal corporate tax rate from 35 percent to 21 percent, while sharply limiting the federal income tax deduction for state and local taxes on which millions of New Jerseyans depended,” Sweeney said. “My bill would recapture a portion of that corporate windfall to fund programs that will make New Jersey a better place to live and work.”

“While we are still studying the details of the proposal, both NJBIA and the Chamber are concerned about the impact this tax surcharge would have on New Jersey businesses. This 3 percent surcharge on corporate business taxes is in fact a tax increase that would make New Jersey the highest rate in the region, raising it to 12 percent of revenue. This would make us significantly less competitive with our border state of Pennsylvania, which is our number one outmigration state.

“A proposal of this magnitude must be fully vetted, so we thoroughly assess the consequences, intended and unintended. For instance, in vetting the new federal tax law, we see that it broadens the base of income on which C-corps are going to be taxed. It is estimated that New Jersey’s tax revenue will increase up to nearly 12 percent because of this. Therefore, this proposed 3 percent tax increase would be on top of the federal tax burden these companies are now paying and could increase the taxes paid by affected companies by up to 50 percent.

“In other words, it would make an already challenging tax climate even more uncompetitive and our state less affordable. The bottom line is New Jersey is already a high-tax state. Raising taxes should not be the starting point for putting together a new budget.

“This tax increase would come at a time of uncertainty for New Jersey businesses, when proposals such as mandatory paid sick leave, a $15-an-hour minimum wage, and other policies are being discussed in real time.

“Further, we need to acknowledge that since the federal tax reform initiative became law, New Jersey corporations have been reinvesting their savings in the state, providing wage increases and salary bonuses to their workers, and rebates and price cuts for their consumers. No doubt this tax increase will impact that.

“Both organizations stood in support of the Economic and Fiscal Policy Working Group initiated by the Senate President to take a comprehensive look at New Jersey’s economy and tax structure. It is only appropriate for a proposal such as this to be part of the comprehensive discussion about overall tax reform and how to make New Jersey more affordable and competitive. That was the expressed purpose of the task force.”