Senate President on a Mission to Fix State Taxes and Finances 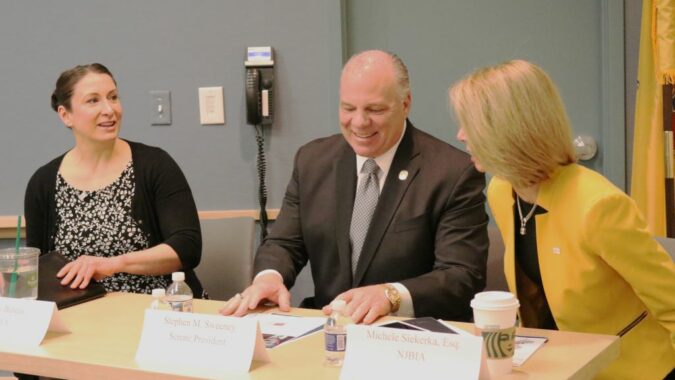 Everyone knows New Jersey is taxed out; the state already has one of the worst tax climates in the nation, and a recent poll confirmed people aren’t satisfied with the services they’re receiving for it.

When the Senate President says it, however, and says it when budget season is in full swing in Trenton, the idea takes on greater significance.

Senate President Stephen Sweeney has been on a mission to get the budget’s structural problems under control for this simple reason: Nothing positive government wants to do—from giving tax cuts to voters to funding popular programs—can happen without changes to the way the state provides retirement and the health benefits for public employees.

“I’ve had enough of raising taxes,” Sweeney told a meeting of NJBIA’s Government Affairs Committee today. “Our pension and healthcare costs take up every single penny of new revenue growth now.  There is no money for anything unless we raise taxes.” 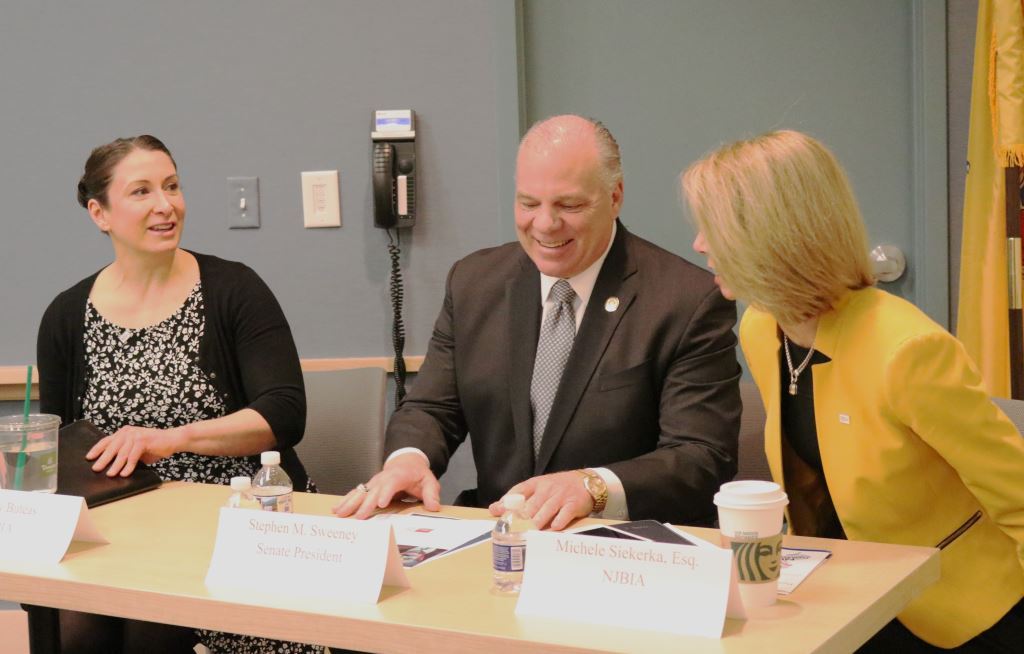 NJBIA has supported many of the reforms Sweeney has proposed in his Path to Progress report, including changing the pension for new state workers to a combination defined benefit-401(k) system and providing public employees with Affordable Care Act gold-level health benefits, instead of the platinum-level plans they receive now.

Certain state government workers recently agreed to significant health plan changes that are part of about $800 million in total healthcare savings in the FY 2020 budget. Sweeney wants to extend that reform to employees in the education system, which would not only save the state money, but also rein in local property taxes.

Public employee unions are pushing back hard, however, even though the reforms are reasonable. Sweeney pointed out that he has been a union representative his whole adult life and would not pursue policies that are going to hurt workers.

“Not one person who is vested in the pension system is going to be harmed,” Sweeney said of his plan. “Anyone who’s been promised a pension is going to get exactly what they’ve been promised.” Only new workers would get the changed pension, which would help reduce the state’s long-term pension liability, which is near $115 billion.

He also pointed out that the cost of providing a teacher’s family healthcare under the State Education Health Benefit Plan is $39,000, on average. And that’s down from $42,000 last year.

“$39,000 is obscene,” he said. Plenty of healthcare plans offer very good insurance for considerably lower cost. “It’s not realistic. It’s not even fair.”

Merging teachers’ healthcare plans with those agreed to by public workers for this year’s budget could save hundreds of millions of dollars, even though the state worker plans will still cost an average $27,000 for family coverage.

The savings could be put back into the school system, he said, or even used to cut taxes.

“That’s what we would like to do, to show the country we’re getting our act together and we’re bringing taxes down,” Sweeney said.