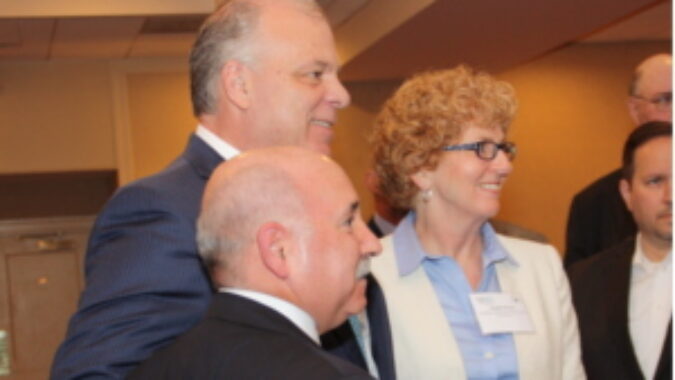 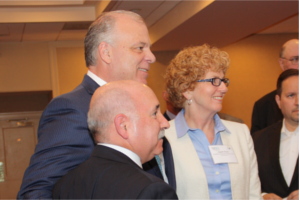 “We can’t tax ourselves out of the problems we have in this state,” Senate President Stephen Sweeney said this morning. “It’s time to have the discussion to fix things.”

Sweeney will play a key role in developing the fiscal year 2019 state budget, including what to do with Gov. Phil Murphy’s proposal to raise taxes $1.7 billion. While the Senate President has supported tax increases before, this time around, he’s looking for new ideas.

Earlier this year, Sweeney formed a task force to come up with some new ideas for tackling New Jersey’s fiscal problems. He indicated that the task force is ready to contribute to the discussion.

“Our panel will be coming out with a series of recommendations that will bolster our underfunded pension systems, control health care costs, hold down property taxes and ensure that government services are delivered with efficiency and cost-effectiveness,” he said.

The Senate President was speaking before more than 100 business owners at a Meet the Decision Makers event this morning, which was hosted jointly by NJBIA and the NJ State Chamber of Commerce. In addition to taxes and the state budget, he shared ideas on education and workforce development, higher education, outmigration and the minimum wage.

With the end of the fiscal year approaching, however, the focus is on the budget that the state has to enact before July 1. This year, it is being driven by the cost of public employee pensions.

“We’ve got a problem; we can’t fund government anymore,” Sweeney said, explaining that pension and health benefit costs are accounting for an increased share of state spending. “And if we put $1.7 billion in new taxes this year, what are we doing next year?” He emphasized the need for longer-term solutions verses one-time payments.

He is also reluctant to pursue a millionaires tax this year, even though he has supported one in the past. The reason? Federal tax reform. The Tax Cuts and Jobs Act signed into law in December will actually increase taxes for a lot of New Jerseyans because it eliminated a deduction for state and local taxes. Sweeney doesn’t think the state should pile on with another one.

“Raising a millionaires tax higher than it is makes us that much less competitive,” Sweeney said. “People can leave, and they will leave.”