‘Stars of Women in Business’ Honored 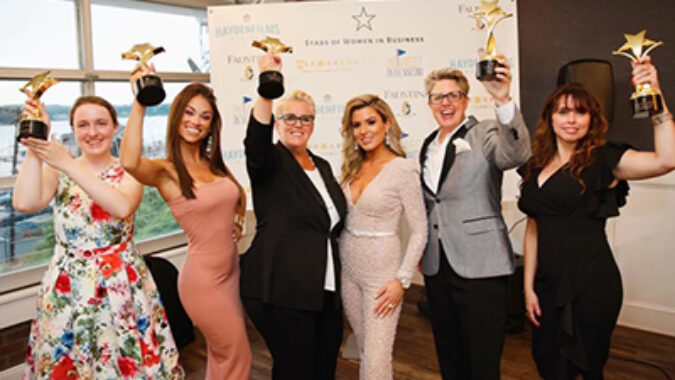 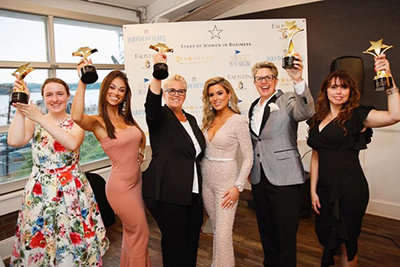 Four women who are leaders in television, business, and the nonprofit arena were honored for their contributions to the community and the advancement of women at the “Stars of Women in Business” celebration hosted by Kristina Henderson, CEO of Henderson Promos in Red Bank, an NJBIA member.

About 100 women attended the June 8 event, sponsored by 26 West on the Navesink and Faustini Wines, to honor the following award recipients:

“The event was created to bring successful women together to support one another and to pledge to buy from local and women owned small businesses,” said Henderson, who is also the 2021 Mrs. New Jersey. “The room was full of energy, laughs, and networking. Being in the company of accomplished women inspires us to reach higher and to be our best selves.”

Violinists with from the Monmouth Conservatory of Music performed for guests as did Sienna Grinwald-Alves, of the Zzak G. Applaud Our Kids Foundation and owner of OPERAtunity Performing Arts Centre. Ming Chen of A Shared Universe Podcast Studio recorded a webcast with interviews of honorees and other guests. NJBIA’s Bob Considine recorded a future segment of NJBIA’s Minding Your Business, which airs on weekends on News 12. Additionally, Hayden Films was on the red carpet conducting interviews with guests.

Henderson’s work to promote women business owners goes far beyond this event. As the reigning Mrs. New Jersey, Henderson is visiting with women business owners in all 21 counties in the state to showcase women at the top of their fields and promote small business. She has met with female architects, interior designers, boutique owners, artists, farmers, restaurant and catering hall owners, a helicopter pilot, the owner of an equine therapy nonprofit and more as part of her efforts to inspire and empower women to choose entrepreneurial career paths.