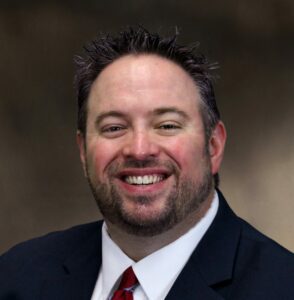 “His legislative experience, including the past eight years he has spent working on tax, budget and economic development policy in the Senate, will make him a tremendous resource to the businesses whose interests NJBIA fights for every day,” she said.

Prior to joining the Senate staff in 2012, Emigholz served as director of the state Department of Education’s Office of Legislative Affairs (2010-2012) and as NJBIA’s associate vice president of Education & Workforce Development Policy (2005-2010).

“I have worked to support the needs of New Jersey’s business community in every job I have had for nearly two decades in Trenton,” Emigholz said. “I am very excited about this opportunity to return to NJBIA and to serve its mission of advocating for the best interests of New Jersey business.”

A resident of Robbinsville Township, where he is currently a member of the Board of Education, Emigholz has also held positions on the boards of numerous other municipal and community organizations. He has been a board member of a Trenton charter school, served on the Hightstown Planning/Zoning Board, and was on the Robbinsville Economic Development Advisory Committee.