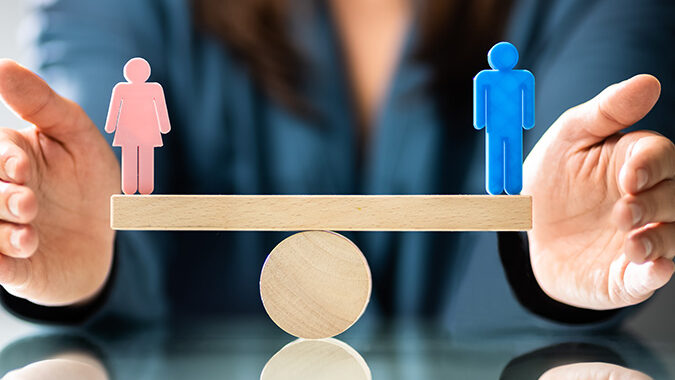 An employee’s gender influences how supervisors evaluate both past performance and potential for advancement, according to a recent accounting study that found male employees are viewed as having greater ability and female employees are seen as less able, but with more potential.

“This is an important distinction because ability is viewed as being stable over time, whereas luck and effort can be fleeting,” said Anne Farrell, a professor of accountancy at Miami University and co-author of a study recently published by the American Accounting Association. “These differences also reflect well-established gender stereotypes.”

The researchers recruited 160 experienced business professionals to serve as study participants. Participants assumed the role of wealth management group supervisors and were split into two groups. Both groups were given identical accounting information about a high-performing fictional employee and asked to assess the employee’s performance and potential. For one group, the employee had a female’s name and image; the second group had a male’s name and image.

“The twist is that study participants were more likely to say the female employee had greater potential, even though the male was viewed as having greater ability,” said Michele Frank, the study’s other co-author and an associate professor of accountancy at Miami University. “This highlights the extent to which companies have placed a value on promoting females.

“But it is detrimental to female employees when assessments of potential are not tied to underlying beliefs about their ability,” Frank says. “It can undermine their credibility and confidence and raises the possibility of backlash against females within the organization.”

Frank said that accounting firms are “devoting significant resources to equity programs, but we clearly have to do more to address deep-seated gender stereotypes.”

“The study looked specifically at accounting information, and it found that gender stereotypes affect how that information is interpreted,” Farrell said. “As accountants, we need to be aware that the information we provide may not be used to make impartial decisions and look for ways to help address that challenge.”

The American Accounting Association is the largest community of accountants in academia. The study, “It’s Complicated: How a Subordinate’s Gender Influences Supervisors’ Use of Past Performance Information When Appraising Potential,” was recently published in the Journal of Management Accounting Research.