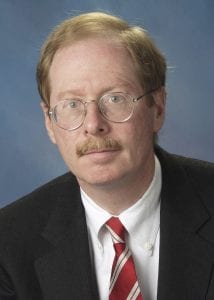 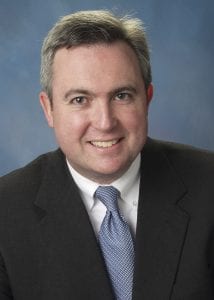 Businesses won an important victory in the New Jersey State Supreme Court yesterday — one that will go a long way to protecting them from junk science dressed up as expert testimony in product liability and other civil lawsuits.

The State Supreme Court reaffirmed that the decision to permit or exclude expert testimony is the trial judge’s to make, and can be overturned on appeal only if an appellate court finds that the trial judge abused his or her discretion.

The court also ruled that while New Jersey has not formally adopted the widely used “Daubert Standard,” New Jersey courts should be guided by its requirements for admissibility of expert testimony.

“There is not much light between New Jersey’s standard and that which has developed in the federal sphere under Daubert’s initial instruction,” said Justice Jaynee LaVecchia, who wrote the court’s unanimous decision in In re: Accutane Litigation.

McCarter & English attorneys David Kott, who is NJBIA’s Legal Affairs Committee chairman, Edward Fanning and Gary Tulp had filed an amicus brief on behalf of NJBIA and other business groups seeking to tighten the standard for experts.

NJBIA President and CEO Michele Siekerka said, “Clearly this does represent a significant ruling for New Jersey businesses. Having a standard that ensures only reliable and scientifically valid testimony in the courts is critically important to our innovators and businesses.”

Responding to the court’s decision, Fanning said: “This is a landmark decision.  It requires that juries in New Jersey are presented only with real science and reliable expert testimony.  It will go a long way toward ensuring that New Jersey courts are not a magnet for lawsuits based on unreliable and unproven science.”

Fanning argued before the court that the Daubert standard would ensure that “only reliable and reliably applied expert testimony” is allowed at trial.

The expert standard was established in the 1993 U.S. Supreme Court decision, Daubert v. Merrill Dow Pharmaceuticals, Inc. Thirty-nine states and the federal courts use the Daubert standard, which requires an expert’s scientific testimony to be based on reasoning and methodology that is scientifically valid and properly applied to the facts at issue. Judges in New Jersey are also required to be gatekeepers, but until now they did not have as clear a standard to apply in deciding whether to allow an expert to testify.

In the Accutane case, more than 2,000 plaintiffs claimed the prescription acne drug Accutane caused their Crohn’s disease. Although medical studies have been unable to determine the cause of Crohn’s disease and nearly all of the epidemiological studies showed no causal link between Accutane and the disease, the plaintiffs presented two expert witnesses who said that case reports and animal studies proved causation. The trial judge ruled that the experts’ opinions were unreliable and excluded their testimony.

For New Jersey businesses, the ruling will help protect the state’s innovation ecosystem and high-tech and bio-technology industries.  As McCarter & English’s amicus brief concluded, “In a state whose citizens rely so heavily on its substantial community of innovators, the importance of ensureing fair and reliable expert-admissibility standard cannot be overstated.”