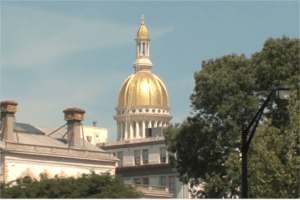 While NJBIA covered the election results from Tuesday, the key points to keep in mind are as follows. The Assembly Democrats retained the majority of their seats, however, they lost two Assembly seats in District 1 (Cape May County) and are waiting on the results of the District 2 election. As such, the Assembly Democrats will retain a strong majority (52-28) as we head into the next legislative session in the middle of January. As for the Senate, the Democrats lost one seat in District 1 bringing their majority to 25-15.

And, as I mentioned, the Legislature is back in session with several bills that are very challenging to the business community. Specifically, the Senate Labor Committee is scheduled to meet Thursday, Nov. 14 and will consider the following bills. Please review and let Mike Wallace know your thoughts at mwallace@njbia.org.

We also want to note the following two minimum wage bills, which NJBIA has long advocated for, are posted for consideration.

There are also two environmental bills of particular interest we expect movement on concerning electric vehicles and banning single-use plastic containers and bags.

A full list of bills posted can be found here.