Despite reduced ridership impacting revenues this past year at the Port Authority of New York and New Jersey and NJ TRANSIT, agency executives, including the commissioner of the state Department of Transportation (DOT), said today the region is on the “road to recovery” thanks to billions of dollars of capital projects now underway or out to bid.

At this morning’s virtual Town Hall Meeting, sponsored by NJBIA and the New Jersey Chamber of Commerce, DOT Commissioner Diane Gutierrez-Scaccetti said that living through the COVID-19 pandemic has forced the agency to re-evaluate priorities and adapt to a new reality. “However, we have been able to continue day-to-day operations without missing a beat. We came up with measures to put health and safety of staff, contractors and the public, first,” she said.

The goal for the DOT’s fiscal year 2021 is to award 126 construction contracts totaling $1.3 billion. The largest amounts will go to DOT’s capital program management section where 53 contracts will be awarded, at a value of $805 million. “As of March 31, we have awarded or advertised 30 contracts totaling $545 million, which leaves 23 more projects worth $305 million to be adverted in the last quarter of the fiscal year,” she said.

Regarding DOT’s maintenance operations programs, the goal is to award 69 projects during the current fiscal year, totaling $430 million. “As of March 31, 51 contracts have been awarded, totaling $312 million, which leaves 18 more projects worth $118 million to be advertised and awarded by June 30,” Gutierrez-Scaccetti said.

“Despite the challenges we have faced throughout the pandemic and winter storms, we constantly strive to improve the [transportation infrastructure] while providing a more modern and efficient transportation system that helps make New Jersey a friendly environment for businesses,” she said.

NJ TRANSIT rail ridership remains 25% of what it was pre-COVID. Bus ridership is 50%, while light-rail ridership is 55%. This, along with expenditures for cleaning and disinfecting has impacted revenues, but Corbett said he is thankful for federal CARES Act money, which provided $1.4 billion in funding assistance last year.

“We are also grateful and optimistic about the recent $2 trillion American Jobs Plan, which will provide additional funding assistance to NJ TRANSIT,” Corbett said, adding that he is not sure how much funding the agency will receive.

All of these funds “will enable us to continue to provide full and regular service through fiscal year 2022 and into 2023,” he said.

Last year, NJ TRANSIT released a 10-year strategic plan with five overarching goals: ensure the reliability and continued safety of the transit system; deliver a high-quality experience for all customers, with their entire journey in mind; power a stronger and fairer economy for all communities in the region; promote a more sustainable future for the planet; and build an accountable, innovative and inclusive organization that delivers for New Jersey.

More than 150 strategic initiatives are rolled into these five principles, Corbett said.

The agency also released a $17 billion, five-year capital plan, of which $12 billion in projects have been already funded.

Regarding new equipment, Corbett said NJ TRANSIT yesterday received the first of 25 new dual mode locomotive engines. In 2023, it is expecting 113 new self-propelled multi-level rail cars. Additionally, 300 new buses have been or will be delivered to the agency last year and this year.

Meanwhile, Port Authority Chairman Kevin J. O’Toole said the authority lost more than $1.7 billion in revenues last year. He added that the 2021 budget is $1.3 billion less than year before.

Obviously, the loss comes from decreased ridership and travel at all Port Authority bridges, tunnels and airports, and O’Toole shed light on the numbers by saying that in just one day in April of 2020, aviation ridership went from 250,000 people to 5,600; PATH ridership fell from 285,000 to 11,000; and the number of travelers to the Port Authority Midtown Bus Terminal  fell from 125,000 to 5,000.

The numbers were “staggering,” O’Toole said, but added that port business was “the star of the year,” with a 17% increase in business for the year. 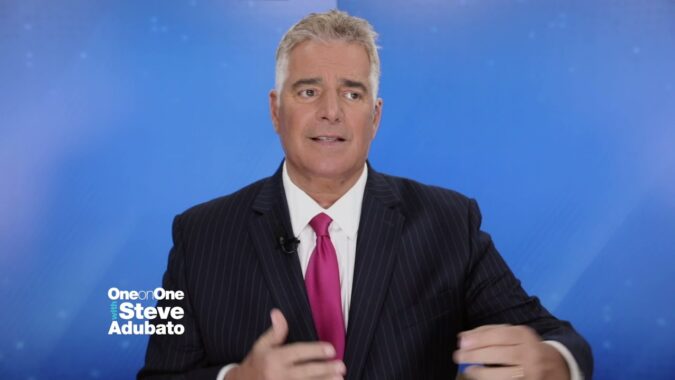 Siekerka to Speak at ‘National Women in Construction’ Virtual Panel on Monday, March 7