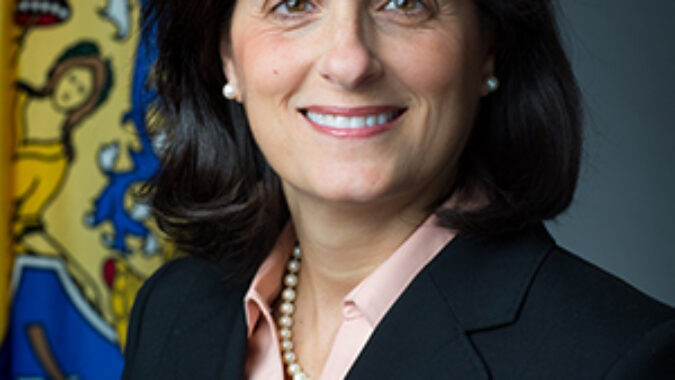 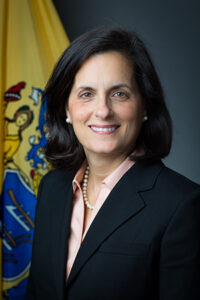 According to New Jersey Department of the Treasury, March revenue collections this year from major taxes totaled $2.821 billion, up $933.5 million, or 49.4%, over last March. Fiscal year-to-date, total revenue collections of $24.314 billion are up $1.916 billion, or 8.6% above the same nine-month period last year.

“FY22 revenues are expected to grow by $952 million above FY21 for a 2.4% growth rate. Moreover, after adjusting for a $600-million, one-time boost in 2020 Pass-Through Business Alternative Income Tax (PT-BAIT) collections, baseline recurring revenues are projected to grow by a more solid 4%,” New Jersey Treasurer Elizabeth Maher Muoio said this morning during a virtual town hall hosted by the New Jersey Business & Industry Association (NJBIA) and the New Jersey Chamber of Commerce.

The PT-BAIT accounts for $1.410 billion, or nearly three-quarters of the $1.916 billion year-to-date revenue increase, according to the Department of Treasury. However, credits offsetting most of these PT-BAIT payments are expected to be issued before the end of FY21.

While pandemic-related challenges over the past year created a very volatile revenue environment for the state, Muoio said that the federal stimulus played a big role in boosting several of the state’s revenue streams.

“While most tax revenues improved over last year’s May and August forecast, the sales tax stands out as the biggest overachiever,” Muoio said. “The Treasury’s budget report, issued in May of last year, anticipated a $1.5-billion shortfall from the original sales tax target of $10.8 billion for FY21. Fast forward to our latest forecast in the governor’s February budget message, and the sales tax is now estimated at $10.6 billion – nearly $1.4 billion higher than last May’s forecast.”

Muoio said the unusual sales tax strength may in part be due to a shift in consumer spending patterns away from many services that are not traditionally taxed, to durable goods that are mostly taxable.

“While we expect sales tax to continue to grow in FY22, that growth is expected to moderate as the federal stimulus fades and consumers return to more normal consumption patterns,” she said.

The Treasury is also expecting increases in casino revenue and insurance premium taxes.

Muoio added that the state has also seen a strong jump in realty transfer fee revenues beginning last fall. Realtor transfer fee collections have grown between 19% and 49% above pre-pandemic levels each month, though this growth is expected to normalize in FY22.

“The boom in home sales and home improvements provides additional appetite for durable goods. Together with the federal stimulus, the FY21 revenue forecast is also benefiting from the PT-BAIT that will generate the unexpected one-time $606-million revenue boost,” Muoio said.

While the business community in the state has received critical support to aid in its recovery from the COVID-19 pandemic, simply put, more money is needed.

When asked about the possibility of allocating a significant ($1 billion+) pool of money to the business community to aid in its recovery from the pandemic, Muoio said that the state is still awaiting guidance on the federal American Rescue Plan funds.

“We have to make sure that however we utilize [the funds], it is done in a way that it won’t be clawed back down the road if it is not expended properly,” she said. “I can’t imagine that they won’t be allowing significant expenditures or not allowing it to be utilized for business relief.”

She added that states want to make sure that once guidance is issued, it won’t change throughout the course of the year.

“I can’t really commit to how it will be spent until we know [about the guidance], but we will be working with the Legislature to assess where we can use the money the most in New Jersey,” she said.

The $1.9-trillion American Rescue Plan contains $360 billion in state and local aid. New Jersey will receive approximately $6.434 billion plus another $189 million to expand broadband internet across the state. An additional $1.823 billion will be split among the 21 county governments and $1.741 billion divided among all 565 cities and municipalities.

Muoio added that she does not foresee all $6.434 billion being spent this year, as the state has until the end of 2024 to spend the money.