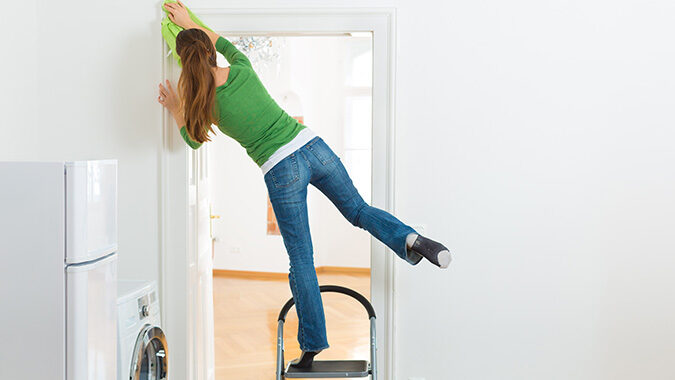 While it’s still a burdensome bill for some employers, a couple of key amendments have been made to the “New Jersey Domestic Workers Bill of Rights” that removed some of the unintended consequences that would have impacted businesses across all industries in our state.

NJBIA Vice President of Government Affairs Alexis Bailey, who fought for those amendments, said more work is needed to provide greater balance for employers in the care economy. But those improvements should be acknowledged.

“There are still some concerns with the bill’s impact on employers in our care economy that will lead us to oppose,” Bailey said. “But we were successful in getting the most damaging provision removed, as well as clarifying another concerning detail.

“We thank the sponsors of the bill for narrowing the scope of the bill and look forward to continuing to work with them to make additional improvements to the legislation.”

Advocates of the “New Jersey Domestic Workers Bill of Rights” have been looking to strengthen worker protections where necessary.

But the many provisions in the bill far and away exceeded actions taken in other states and go beyond ensuring these workers are captured by existing labor laws, which Bailey deemed as unfair to New Jersey employers.

Bailey also said that many protections already exist for workers, particularly for those in the highly regulated home health industry, and the bill would overburden legitimate businesses in the care economy that provide the jobs they seek.

NJBIA’s biggest objection with the initial bill was the inclusion of an ABC test, which is used to determine worker classification, in the state workers’ compensation law. But thanks to the advocacy of Bailey and others, that provision has been removed.

The initial bill also stopped any contract with a domestic worker from containing a non-disclosure agreement, restrictive covenant or non-disparagement agreement.

Bailey was able to get the restrictive covenant portion of that provision removed, as a minor improvement.

“We just felt the term restrictive covenant is very broad and if the sponsors were not going to remove these types of agreements in their entirety, more clarity was needed,” she said. “So now it’s clearer that there is a ban of non-competition agreements in certain circumstances for domestic workers.”

The biggest remaining concern about the bill is the impact of home healthcare workers.

Licensed home health aides and the businesses they work for are already heavily regulated by the state Division of Consumer Affairs, Department of Labor and Workforce Development and the Department of Health, Bailey said.

“These workers receive many benefits and protections while working through licensed home health agencies, healthcare service firms or hospices in New Jersey,” Bailey said. “Due to the highly regulated nature of their industry, we maintain that certified home health aides should be removed entirely to avoid overburdening an industry that is already strained and facing shortages.

Extensive mandated benefits included in this bill that remain include paid break times, termination notifications, and days off.

“These are not present for other types of workers in other parts of state or federal law,” Bailey said.

So far, the bill has passed the Assembly Labor Committee and the Assembly State and Local Government Committee. It has been referred to the Assembly Appropriations Committee for further consideration. It has not moved in the Senate yet.