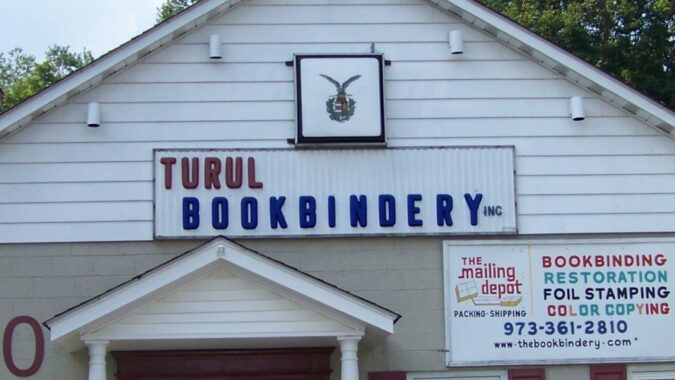 Are you old enough to remember the milkman making morning deliveries right to your home?  How about the switchboard operator placing your telephone calls?  Or ice cutters, who harvested ice from ponds and lakes before the invention of the refrigerator?  The combination of time and new technologies can make some professions obsolete.  Or should I say “virtually” obsolete?

Today there are probably less than 50 bookbinders in the U.S. and one of them, Turul Bookbindery, is an NJBIA member based in Wharton, NJ, that traces its roots back more than 80 years ago to its founding in Hungary.  It’s an amazing story of individual and family survival and perseverance as well as passion for a trade that relies on true craftsmanship.

Lajos (Louis) Gregorencsics lost his parents during World War I and was raised by nuns. Early on he chose bookbinding to be his profession and completed his training in 1932.  From there, he and his wife, Margit (Margaret), opened their own bookbindery in Sopron Hungary, which was called Gregorencsics 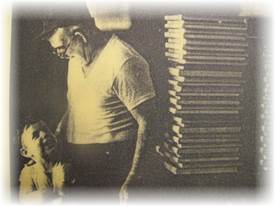 Louis Gregorencsics and his grandfather at the bookbindery circa 1977.

Konyveketeszet. These were very rough times for Hungary and much of the world. Between 1932 and 1956, the country was annexed by Adolph Hitler and the German military and then occupied by the Russians.  In fact, after WW II, a young Russian soldier driving a tank down the city streets drove it through Gregorencsics’ bookbindery when attempting to make a U-turn.

With such governmental instability, the family, which now included son Lajos, Jr., decided to immigrate to the United States and were processed at New Jersey’s Camp Kilmer.  They would meet up with Lajos’ brother, Jani Gregorencsics, who came to America in 1932, and settle in Astoria (Queens) in New York City, where Lajos opened his new bookbindery shop after four years of hard work and scrupulous saving.  This time they had a new name for the business, Turul Bookbindery, as Turul is the name for the Hungarian symbol of freedom and often denoted as a an eagle.

Around 1971, city life lost some of its shine to the family and they were looking for a more country lifestyle, so they travelled across the Hudson River and settled in New Jersey.  In 1975, the custom-built bookbindery was completed, and they have remained at that location in the Jefferson community for the past 40 years.

Today it’s Margit Rahill, president, and her son, Michael, Jr., vice president, who oversee the ownership and day-to-day operations of the shop.  The types of projects they work on vary, but often can be categorized in a few areas.  The first is family or personal projects, which center on producing “memory books” such as pictures, news articles, old invitations, wedding albums, etc.  The second is rebinding and restoring older family bibles, giving them new luster as well as structure and stability.

The third is for corporations, which needs bindings for record books, lab journals, pilot and ship log books and bus company records.  The largest source of their projects comes from governmental agencies at all levels for such things as tax records, marriage licenses, real estate holdings and even court records.  In fact, Turul Bindery does work for the New York State Supreme Court.

Congratulations to Turul Bookbindery for their amazing history and long-term success.  Where other old time professions have basically disappeared, they have managed to carve out a sizeable niche market for their services, which is not just admirable, but in the true spirit of the American Way in the land of opportunity.  For more information about them visit their website or especially their Facebook page, which has many examples of their work.

Turul Bookbindery is just one of 20,000 companies that comprise NJBIA’s membership, which is very diverse with representation from an amazingly large and wide spectrum of fields, industries and professions. Look for more unique stories about NJBIA members in future issues of “Beyond 10 West Lafayette,” NJBIA’s membership blog. 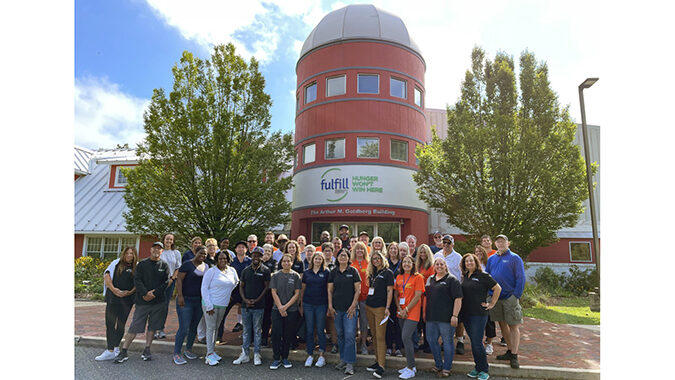 Shoutout to Somerset County from the Heights of the London Eye