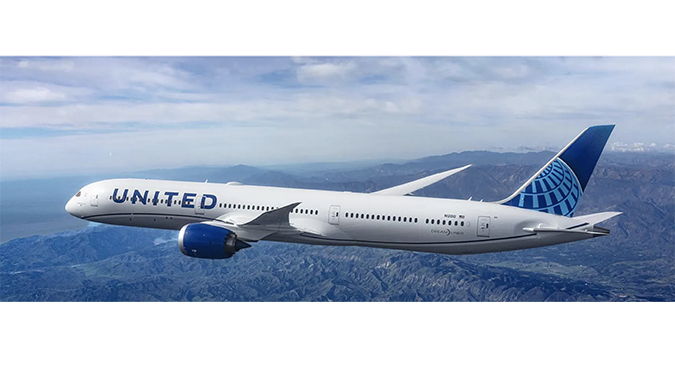 This historic purchase is the next chapter in the ambitious United Next plan and will bolster the airline’s leadership in global travel for years to come. United expects to take delivery of the new widebody planes between 2024 and 2032 and can choose among the 787-8, 9 or 10 models, providing flexibility to support a wide range of routes.

Additionally, United continues its unprecedented effort to upgrade the interiors of its existing fleet. More than 90% of the carrier’s international widebodies now feature the United Polaris business class seat, as well as United Premium Plus seating – upgrades for the remaining aircraft will be completed by the summer of 2023. United also will retrofit 100% of its mainline, narrow-body planes with its signature interior – about 100 aircraft are scheduled to be completed in 2023 with the remaining expected to be completed by the end of 2025.

Approximately 100 planes of the new widebody order are expected to replace older Boeing 767 and Boeing 777 aircraft, with all 767 aircraft removed from the United fleet by 2030, resulting in up to an expected 25% decrease in carbon emissions per seat for the new planes compared to the older planes they are expected to replace. United’s goal is to reduce its greenhouse gas emissions by 100% by 2050, without relying on traditional carbon offsets.

The historic aircraft order also is expected to lead to increased hiring – United hired 15,000 people in 2022 and is on track to add another 15,000 next year. More than 2,100 of these new jobs will be in Newark / New York / EWR. For more information, visit careers.united.com.

United continues to see strong interest in pilot roles from people with military and civilian backgrounds. In 2022, the airline hired about 2,400 pilots and plans to add over 2,500 pilots in 2023, with a goal to add 10,000 pilots this decade. More than 18,000 new flight attendants will also be hired in the coming years with more than 4,000 expected to join the team in 2023.

United also expects to hire more than 7,000 maintenance technicians by 2026. The airline hired more than 1,000 aircraft mechanics already this year and expects to add 2,000 more in 2023. Last month, United launched Calibrate, a 36-month apprenticeship program to grow and diversify its pipeline of aircraft technicians. Through that program, the airline plans to train 1,000 new aircraft technicians by 2026, with the goal of at least half being women or people of color.

The airline also plans to expand its airport operations personnel. This year alone, United hired more than 8,500 new customer service, ramp, and gate agents and expects to add another 7,000 in 2023.